Alec arrived on Friday, May 16. He is such a sweet boy who loves to play, explore, and snuggle. Alec has already given us many laughs with his 'go' personality. There is no ready, no set, only go with Alec! His Golden Retriever, Lab, and Beagle mix are described as, "Barks like a Beagle, looks like a Lab, and loves like a Golden!"

Potty training is off to a great start, sort of! He certainly is not a fussy eater and gobbles his food in record time. He is UTD, microchipped, and was vetted on May 12. He weighed a bit over 20 lbs. Alec will be neutered on May 30.

Alec loves playing with other dogs and divides his time playing with our resident dog and his sister, Skye. He loves exploring in the woods, wrestling with his buddies, tug-of-war, and walks. Alec would do well with other playful dogs. He also does well with cats.

Alec and his 'go' personality are revealed every day and worth many laughs. After a kiddy pool was filled with water, Alec didn't step in the water; he immediately belly flopped into the water! Later that evening, he was a little upset when we wouldn't share supper with him, so decided he would just climb onto the top of the dining room table and search for meatballs while we were outside. Obedience training will be a wonderful experience for Alec and his new family!


Alec is a wonderful puppy who will provide so much love and laughter. Alec will be a great dog with love, patience, and training. 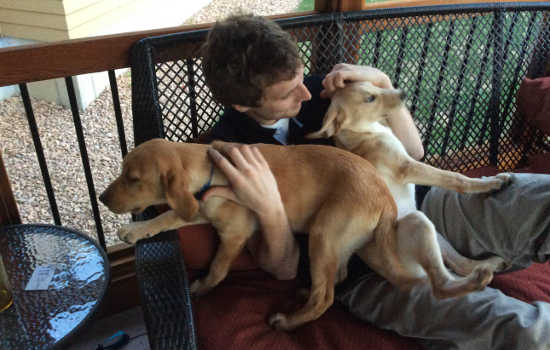 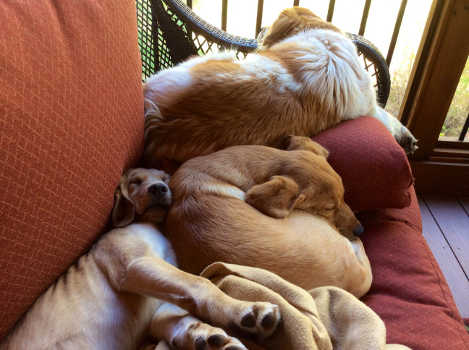 Puppy pile. Alec is curled up in the middle. 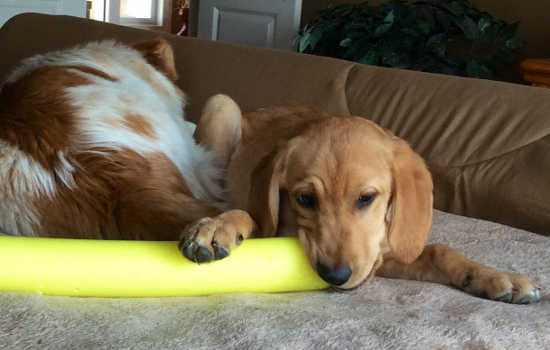 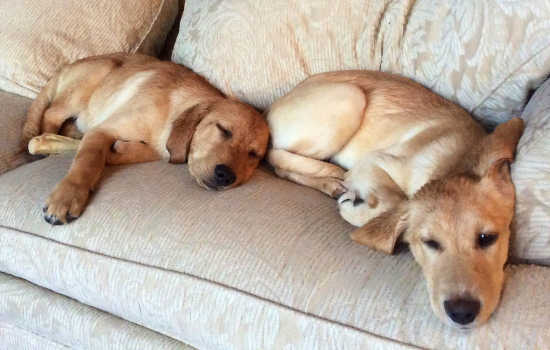 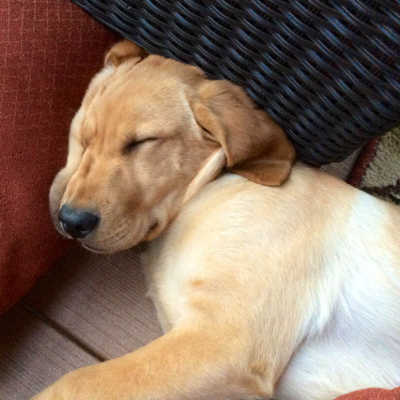