Welcome to RAGOM, Chowder! This 9-week-old Goldendoodle has been in our home for just a few days, but has really captured our hearts.

Chowder is 17 pounds and will be visiting the vet tomorrow. We will post an update at that time. He appears healthy and his favorite thing to do is to run in the backyard. He has a nice energy level - Chowder prances and plays, but easily chills out and takes frequent naps, preferably near people. Toys are a new concept, so it took about a day for him to figure out how fun they can be. Now, Chowder loves to chase and even retrieve (although not necessarily bring it back to us!). His fur is silky soft.

Chowder has been dewormed and has received his first set of shots.

He will be ready for adoption after his neuter surgery, which will either be later this week or early next week. Chowder can entertain potential families at any time.

Please remember as you look at his adorable pictures: 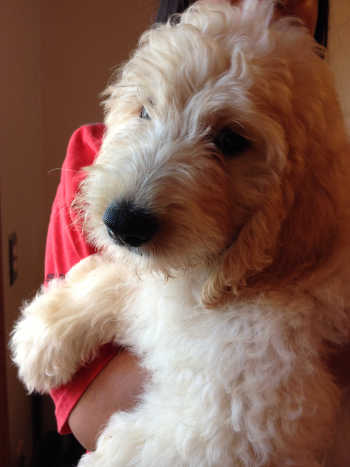 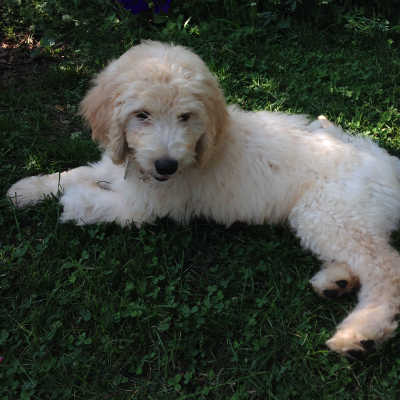 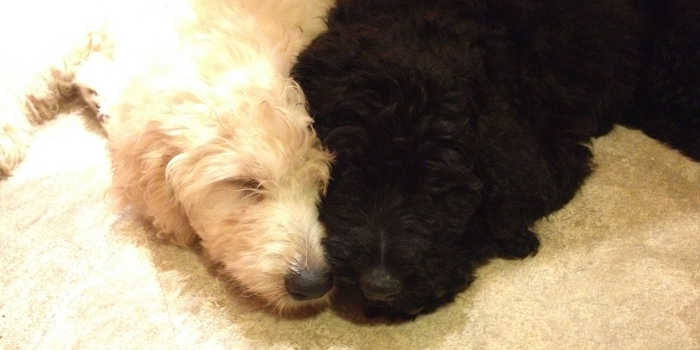