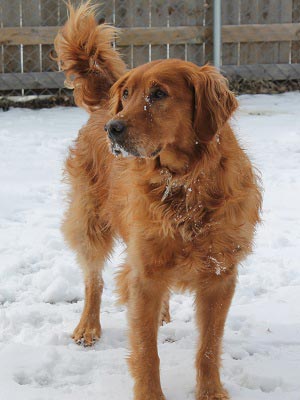 Welcome to the RAGOM family, Ellie 12-081!! This sweet girl was called Gracie for the first 4 years of her life. During that time, she frequently escaped and was picked up several times by animal control. This past fall, her family chose not to claim her, and she was adopted out in October 2011 from a humane society to a new family. She was renamed Ellie by that family. Her new home did not have a fenced in yard, and she would run off. She always returned, but her family was worried that something would happen to her, so they called RAGOM to help find a new family for her. After a long car ride from central Minnesota to east central Iowa, she was safe in her foster home. We tried calling her Ellie, but she did not respond to it. When we called her Gracie, her ears perked up and she got very excited. So while her RAGOM name is Ellie 12-081, she is known to us as Gracie. She is 4.5 years old, spayed, and weighs 60 pounds. She needs to lose around 5-7 pounds to reach her ideal body weight.

Gracie has settled in very quickly to our home. She has free roam of the house and we haven’t had any issues. She is 100% housebroken and is fine being left alone during the day while I’m at work. Gracie has minimal training, so we will definitely have to work on that! She is great with kids, completely ignores my two cats, and is great with other dogs. She can sometimes be VERY vocal when playing, (growls, snarls, etc.) but she is not aggressive at all with them. Some dogs just like to talk when they are playing. Her friend, Sadie the Bernese Mt. Dog, also is vocal when playing. They have a great time wrestling in the backyard! So far Gracie has shown no interest in toys, but does love chewing on rawhides. She does not like to share her rawhides with other dogs. She gives great signals (an “I mean it” growl, curled lip) and if the dog won’t back off she will simply grab the bone and move to a different spot. She lets me take the rawhide without any issue. Gracie would be fine living as an only dog or with another dog. She is currently an only dog and is doing great. She does, however, get to play with Sadie at least 5 days out of the week.

Gracie will require a 6 foot fence. We have a 6 foot wood privacy fence for most of our backyard, but there is a small section that is chain link and approx. 4.5 feet tall. Since I knew that Gracie had the potential to be a flight risk, I have been using the tie out for her. She definitely shows interest in the shorter part of the fence, and I think she would try to jump it if given the chance. I have, however, noticed that she shows much less interest in the fence if she is out with another dog.

She is very excited to ride in the car, so I have been taking her on several car rides each week to get her used to it a little more. I use a seatbelt harness for her, and it helps to contain her. She tries to pace and pants, but has gotten a lot better. We took a 35 minute car ride to our RAGOM vet and Gracie was brought up to date on vaccines, had her heartworm test, fecal, and an exam from the doctor. She already is microchipped. All of the tests were negative and, other than an infection in both ears, she was given a clean bill of health. Drops in her ears for 10 days should take care of the infection. Our awesome RAGOM vet also removed the small amount of tarter on her teeth while we were there free of charge! Now she has a beautiful white smile!

We have experienced a few things that Grace has anxiety about. We have had a few small thunderstorms, and I think it’s safe to say that Gracie has some storm anxiety. Both storms have moved through pretty quickly (lasting only about 15 minutes) so we aren’t sure exactly how bad her anxiety can get during a storm. I’m sure we’ll be having some spring thunderstorms soon, so I’ll update more after I see how she does with a longer, more intense storm. Gracie is very nervous and stressed when she’s not at home. I don’t think that she was taken many places during the first 4 years of her life, so she doesn’t have a lot of experience with things. I love being able to bring my foster dog with me to different places, and I have been showing Gracie how great it can be to tag along when we leave. It’s certainly helped with how comfortable she is riding in the car! Gracie also gets very anxious when she’s in a kennel at the vet clinic where I work at on days I bring her to work. She pants, drools, and tries to dig out of the kennel. I’m not sure if this was because she remembers being at the humane society or because she’s not at home where she feels safe. I have crated her twice at home just to see how she did, and she was perfectly content to be in the crate. This is something to consider if you would ever need to board her while you were on vacation or out of town. I think that she would be very stressed and anxious if she had to be in a kennel at a strange place for more than a few hours.

Check back soon for more updates as we get to know Gracie better! 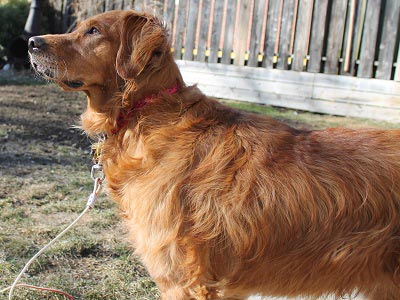 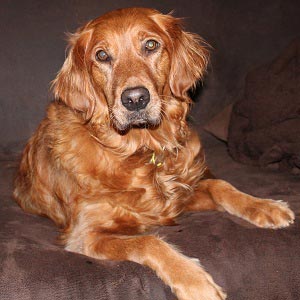