Introducing Espy! On May 20th This darling Golden came to my Foster home. He is a one and a half years old pure bred Golden who is fully intact. Tuesday the 31st of May he will be going in for a wellness check as well as the neutering procedure.

He was surrendered due to his former human’s unfortunate lack of time. His SO gave us a gift in this handsome boy. He is very affectionate and loves all humans and animals alike. He has already grown on us and always at my side. A typical and adorable Golden behavior.

Espy is working on a few things. While he knows some basic commands like sit and no, he still has some puppy behaviors. We have found that he is a very smart boy and learns quickly so to please his humans. Presently we have been taking frequent walks to get him leash trained with a Martingale collar. I wanted to try without the Gentle Leader and he seems to be doing fine without it. He still pulls some when he wants to sniff something or when going out the door. While we walk, he will look back occasionally to see if I am noticing how well he is walking! He is learning so quickly to walk at my side and I am very proud of him.

In our home we have 2 other dogs and he loves playing with the larger of the two. If you don’t have another dog for him to play with, be prepared to become his play mate. If you have a smaller dog like we have, it might not be a good fit for when our small dog tries to play he ends up fleeing play time because someone got a little rough. Espy also knows the word “ball”!

While a fenced in yard would be great for Espy, once he becomes accustom to his forever home, it may not be needed. He knows his name very well and responds immediately to your voice.

He is housetrained and SO said he can go 8 hours without any accidents. When he got here he began marking which is typical of intact males. He has since stopped . Once the neuter is complete, this will disappear.

See these 2 balls. For a few seconds I had both in MY MOUTH.  Truly, I really did. It was only for a few seconds. So so close!! I really love playing with tennis balls. I keep them at my side constantly. Sometimes I just like to chew on them while other times I like to play catch or tease the other dogs in my foster family. 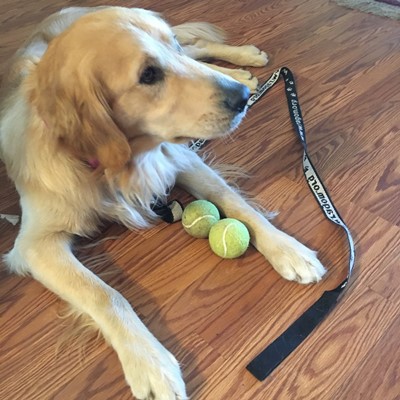 Chilling with my foster brother Nash 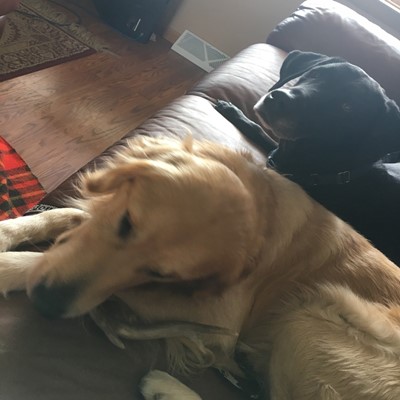 I took  my first car ride since moving into my foster home. I was kind of nervous the first time,

but it wasn't so bad. My FB has his head stuck out the window. 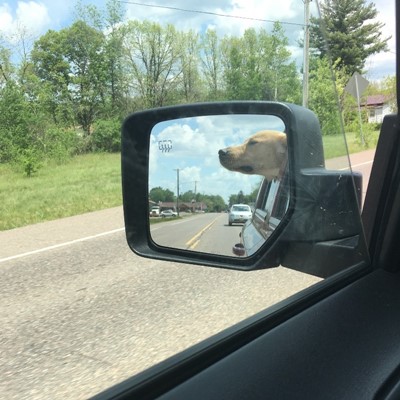 This is me acting like I am all cuddly with my FM, but what I really wanted to do was drive.

This darn seat belt leash she hooked me up to in the back seat wouldn't allow me to take the wheel! 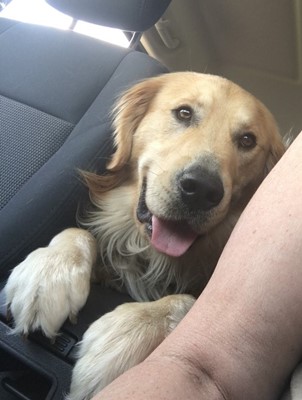 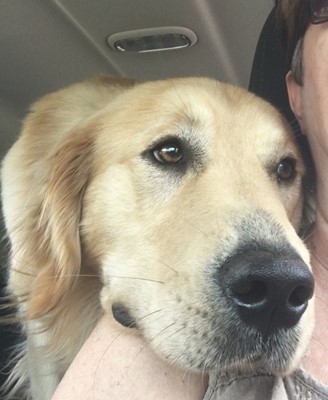 (Espy still has some car etiquette to learn. Glad I had the seat belt leash!)