Riley arrived during the snowstorm on Monday. Thank you to transport for risking your necks to get him here safely! What a beautiful old boy he is! He has a deep red coat and the characteristic white face of the older Golden. Don't let his age fool you. He has soooo much energy. He is obsessed with tennis balls and loves to play catch. He will have his vet visit on Saturday. He had loose, watery stools when he arrived, but that seems to be correcting itself. It may have been stress-related or the change in dog food. He appears to have cataracts in both of his eyes, but I will have this confirmed at his vet visit. He sees the groomer for a bath and good brush-out on Tuesday, and then he will be the most handsome boy out there. He gets along great with other dogs.


Riley requires a home with NO CATS as he went after the cats at his last foster. He gets along with all dogs, and loves everyone. He is on a tie-out here and does fine with that. He loves to go for walks, loves car rides, and plays catch with the ball. (We recommend hard rubber balls as he destroys tennis balls.) Don’t let Riley’s age discourage you. He has a great deal of energy and acts much younger than his actual age. He will be vetted tomorrow and should be ready for his forever home as soon as the vet clears him. At this time, his only requirement is a home without cats. 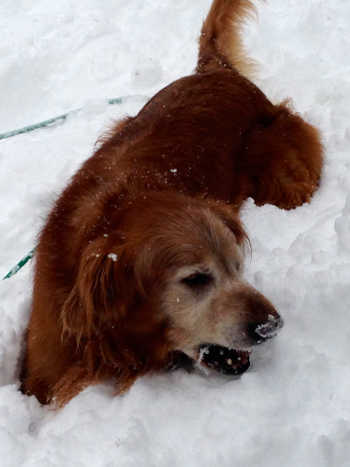 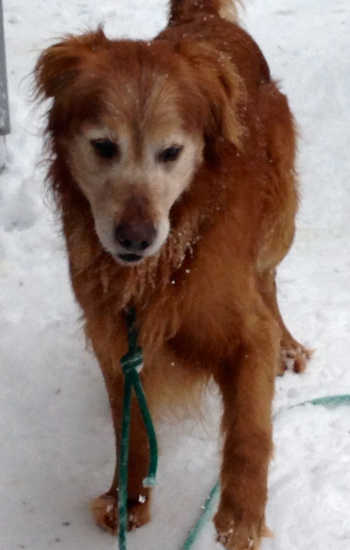