Sampson came to us with us knowing very little about his background.  We did know that he had been kept in a kennel for the first 5 years of his life with little or no human interaction.  He was turned over to a RAGOM foster because the SO didn't have time for him any more (?).  Sampson's foster thought he was very sweet but he didn't get along with the foster's resident dog so he had to go into boarding after one week.  We really didn't know what to expect and thought that we were drawing a wild card and just hoping for the best.

Sampson has been an absolute clown and definitely starved for affection since the moment we got him.  He is so happy to be out of the kennel and is so curious about everything.  Sammy (that name fits him better) loves his walks but does not want to stay outside by himself.  He will go outside when he has to but will want to come back in right away - it's like he is afraid we are going to make him stay outside.  Sammy does not get along with other dogs.  Sammy wants to be a lap dog, he loves to have his belly rubbed, is learning how to catch a ball and he is really quite good at catching popcorn.  Sammy has some real rough spots but he has won our hearts and we have decided to adopt him. 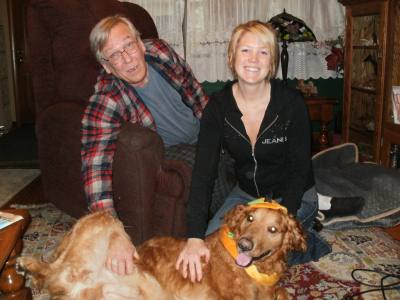 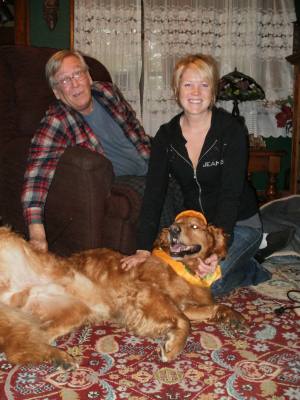 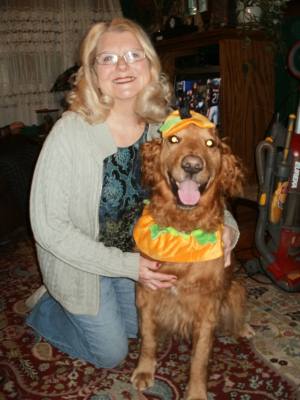 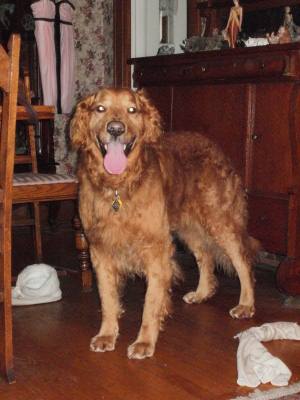 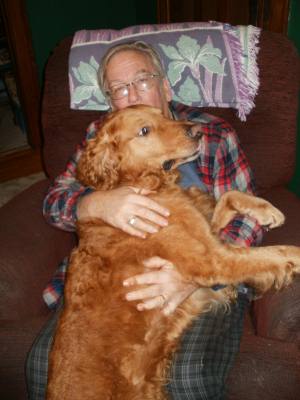