12/22/06: This is Slim, and this dog has been through a lot in the last 6 months. He was found as a stray in western Minnesota in July. The vet is guessing he's 3-4 years old. He was underweight (thus named Slim) and had a very damaged hind leg. His leg was so severely damaged it had to be amputated. He also was positive for Heartworm. He was treated, neutered and well taken care of until he was finally ready for adoption in September. Fortunately for Slim, a RAGOM volunteer saw him on the HS web site and here he is. He is a very sweet dog. We have had him for 2 days and has shown no aggression so far. He loves attention and is ready to please. He runs and plays with Lew the resident dog with no problem. His missing leg does not hamper him at all. He does not attempt a steep staircase though. And he is very good with the cats. So far I cannot say anything bad about him. We are having my grandsons here today (6, 3 and 19 months) and we will watch him closely. We put him in a crate the first night and during the day while we went to work. He did fine in it, but it really took some convincing and a special treat to get him in. So last night we left him out and he did fine! Next week he goes to the vet for a check-up and to be micro chipped. In two months he needs to do another Heartworm check to make sure they're gone. He is a very beautiful dog. 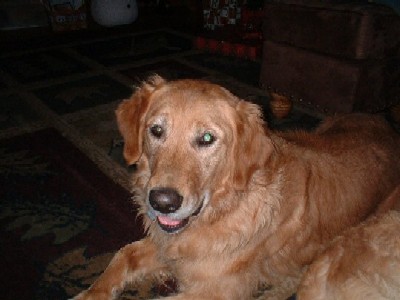 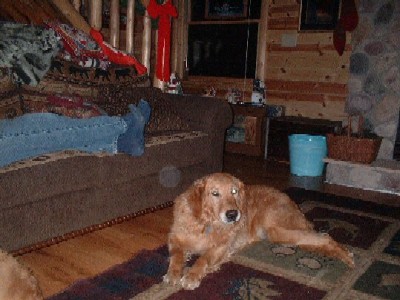