Happy 4th of July from Summit a 7 week old pup who just came into RAGOM. Summit is a golden mix, whose dad is purebred golden and whose mom who is a golden/lab mix. Summit and his brother, Harley, are from an accidental litter of 10. Summit is all black with a little bit of white on his chest and is much bigger than Harley.

The pups appear to be healthy, have had their first puppy shots, and been dewormed. We just picked them up yesterday and they are delightful! They slept all night long, have been eating and drinking well, and so far have gone potty as soon as they go outside!

More after they have had their visit at the vet. 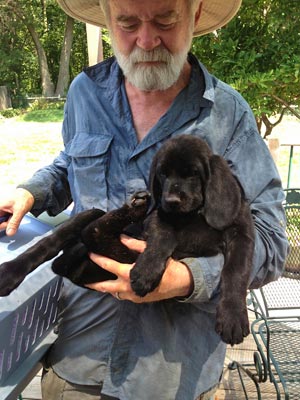 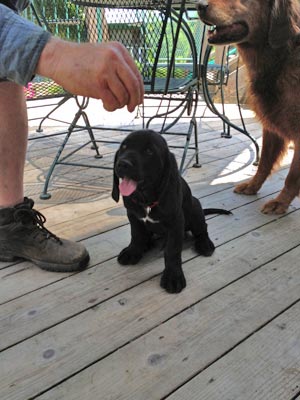 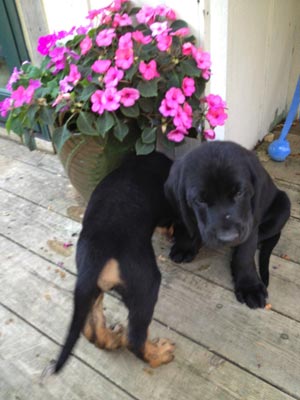