Welcome back to Ragom, Wesley. Wesley's family reported they stated having issues with marking in the the house. He was taken to the vet to check for a possible urinary track infection as a cause. All tests came back negative so he was returned to find a new forever home better able to deal with that issue.

Wes, now in a different environment a much less active home he had been living with a Jack Russel that was on the high strung side and three little girls under the age of ten..With older calmer resident dogs here he has not shown any sign of wanting to mark the furniture or any evidence that he has indulged himself at all in the six days he has been with us. 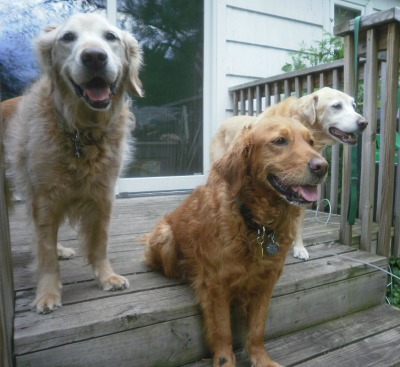 Considering the amount of change in his life in the last week he is doing wonderful here. He has met all dogs wonderfully and picked up a new schedule with ease. He visited a nursing home and was a hit. If spoken to he would calmly go up to strangers in wheel chairs and sit down close up to be petted. Wes, was originally a stray so his age is a best guess either four or five. During his stray hold he spent nine days in a vet clinic and was exposed to cats and passed the cat test I'm told. He will give chase to any rabbits or squirrel foolish enough to enter my yard as will my dogs so far they have made it under the fence in time. 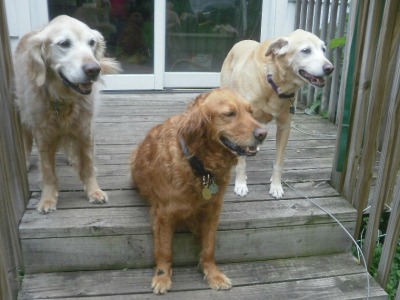 Wesley, needs to be monitored around open doors as his history has shown with his time as a stray he will follow his nose. He really enjoys having a fenced yard. Other things I can pass along. rides well in cars and is not fond of being crated. So I thought when the workweek started I would gate him in the Kitchen. That was a fail as the gates were knocked flat with ease. He also showed he can just bound over a standard size gate with ease.I have his Ragom vet check scheduled on Monday night. I will update his page next week on what I am looking for as far as a forever home. Bye for now. 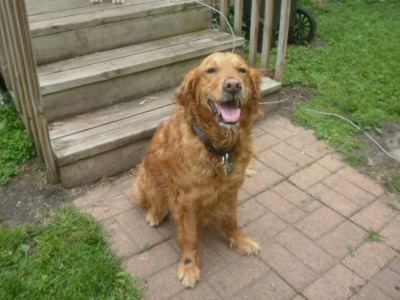