RAGOM I would like to introduce you to Carter! This golden retriever/sheperd mix sweetie has been with Ragom since December! He is originally from Alabama until Ragom found him and brought him north. He has been in boarding until last week when he came to Duluth! When he first arrived he was extremely timid, it took us five minutes to get him up the stairs (don't think he has seen those before). The first few days Carter was having numerous accidents around the house, drinking excess amounts of water, and seemed all around low on energy. Given that he was in a new surrounding we were unsure if that was the cause or something else. I brought Carter into the vet and he had hookworms and UTI :( He has finished the treatment for hookworms and has one day left of his medication to treat the UTI!

He has made huge progress in the past four days, having hardly any accidents in the house! His personality is starting to come through and he is just a big baby that wants love. He loves when people lay on the floor because then he will come snuggle right next to you. You can definitely tell that he has not received much human affection prior to coming into Ragom.

Carter has a lot of funny quirks that make him a very unique dog. He does not like to eat human food! He is one of the only dogs that I have ever met who doesn't, and this includes peanut butter! Carter likes to play with cardboard boxes, and loves his rawhide bones. Also when you rub inside of his ears he starts to moan like a goofball! He has also discovered while coming into my bedroom what a mirror is. He constantly goes in there now and sits in front of the mirror just staring at himself!

From what I have learned so far about Carter I think these are what he needs in a forever home:

- He prefers a quieter home environment

- Would do fine being the only resident dog

His age is somewhat of a mystery with vets saying he is 3,6, or 8. The Ragom vet puts him at 6 years old though! If you think Carter sounds like a fit for your family and lifestyle contact your placement advisor! All this handsome boy needs is people to show him unconditional love! 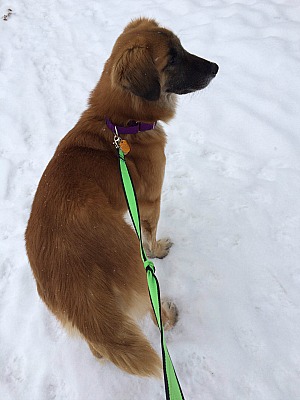 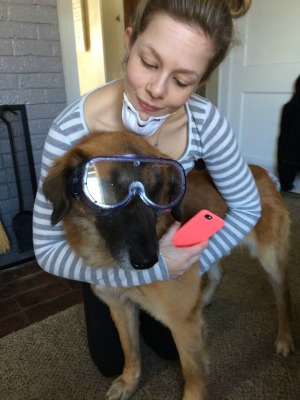 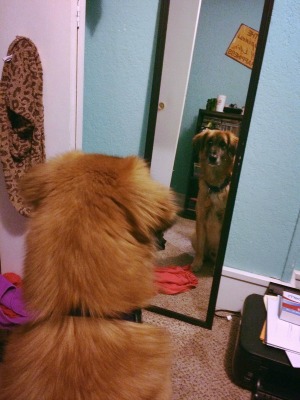