From John and Amy Borg

From an anonymous friend


Here is a big, beautiful boy named Charley. He is an 8-year-old golden mix. He is definitely mixed with some sort of very large breed as he is a big-boned dog with a large, blocky head and very big feet.

Charley had his first vet visit last week. He weighs about 78 lbs. and is now up-to-date on his vaccinations and his heartworm test was negative. He does have entropion in his left eye. It's on the bad side so his eye drains tears all the time. We do have an appointment for the eye specialist in a couple of weeks. The previous owner said Charley had his right eye repaired for the same thing a few years ago. 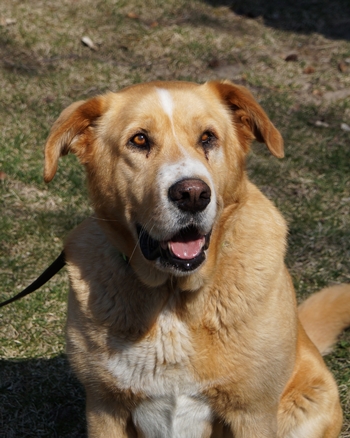 Charley's seems to be more used to a man because he instantly attached to my husband and follows him everywhere. If my husband is not in sight, Charley goes looking for him. If he goes outside, Charley gives a little bark at the door and eventually lays down right by the door and waits. 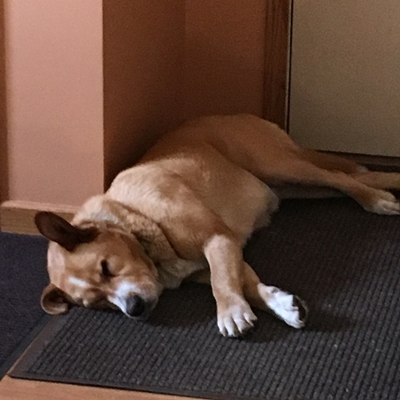 Charley is a mellow guy. He loves to fetch but doesn't always bring the ball back. He also pulls quite hard on a leash so he is learning to walk with a Gentle Leader. He is fine with cats and doesn't mind our resident dogs. He seems to listen well in the house. He hasn't counter surfed or chewed on anything. He just loves to hang out with his people. More to come as we get to know him better.