Cisco has been with us for a couple weeks now. He is about 11 weeks old and is a golden mix. We aren't sure what he's mixed with at this point, but blue heeler and collie were mentioned by folks that have met him. In the time he's been with us he has been fully vetted (except needing a rabies shot, yet). His neuter appointment was last weekend and that went great.  He'll go in next week when he's 12 weeks old for his rabies vaccine.

Cisco is full of energy! He plays constantly, which is why we think it would be great if he could go to a family with another dog. He loves playing with our resident dog and all other dogs he meets. He does play pretty rough, though, so I'd suggest the other dog in the house be fairly tolerant to puppy behavior. We've been working really hard on potty training and I think he's getting there. He's had no accidents in the past two days, which is amazing progress from where we were. We've also been working on crate training Cisco so he is comfortable in there for a few hours during the day. This still needs quite a bit of work.

One thing Cisco really loves is toys! This little boy will pile up toys and play with all of them around him at the same time. He also loves belly rubs!

I'm hopeful that Cisco can find a family to love him as much as we do! He is full of love, cute as can be, and is on his way to learning to be a great pup. 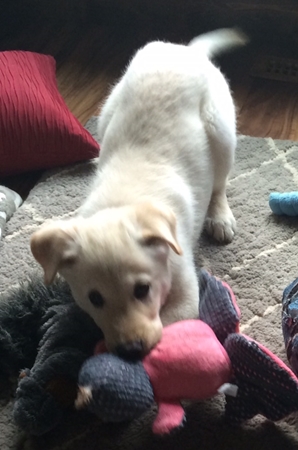 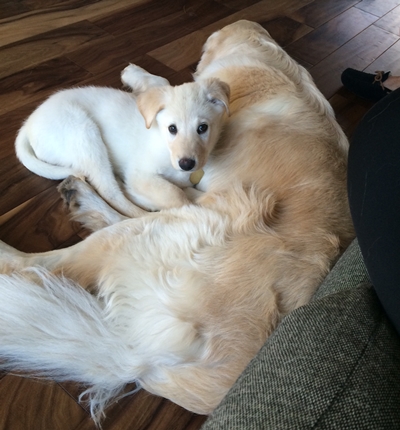 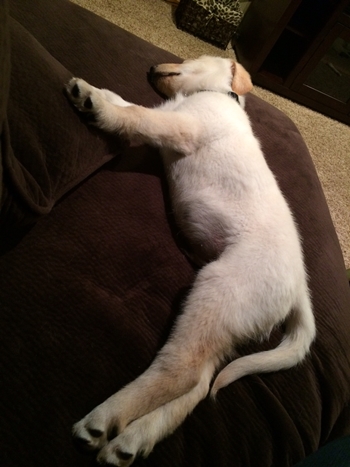 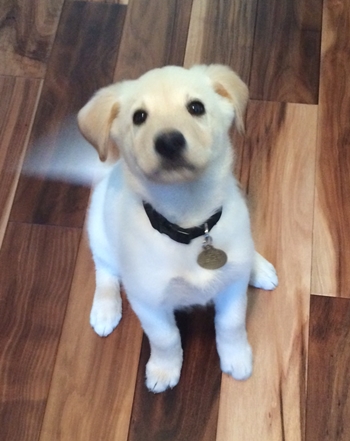