Kassidy is a 4-month-old female Golden Retriever mix. She and her brothers, Cisco 15-269 and Yancy 15-268, were orphaned when their mother was hit by a car. They were likely on their own for a while before being brought to the pound, but did not do well in that environment. A Good Samaritan brought them home and called RAGOM.

Kassidy is playful, but shy and timid. Following the vet's advice, we have been giving her many positive experiences, exposing her to other dogs, cats, humans, and many environments, in order to build her confidence. 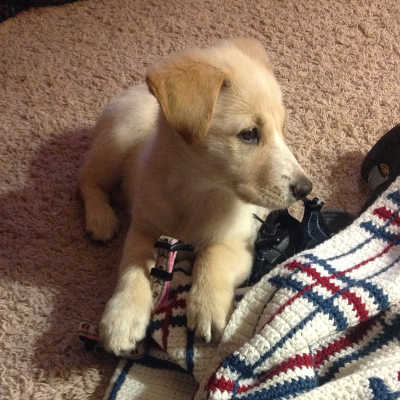 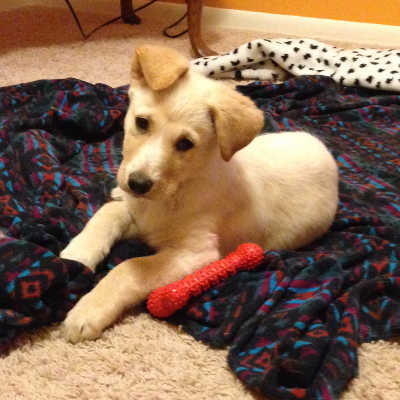 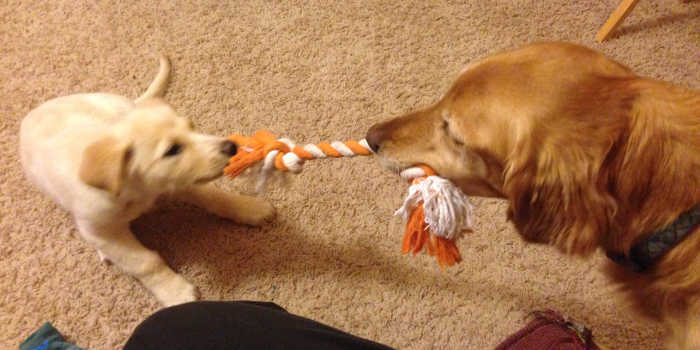