This wonderful purebred Golden Retriever boy was found as a stray wandering along a highway in MN, and he came to RAGOM through an overcrowded shelter. We believe that Red had a loving family at some point in his life, as he is so sweet and has been well fed. We are guessing his age to be around 5 years. He has a little gray on his face, but his teeth are very clean, so the vet thinks that guess is pretty accurate. He does not know his name and has not responded to any of the names we have tried out, so his new family could choose a name and teach it to him if they want to! He currently weighs 94 pounds, but we are thinking a better weight for him would be around 80 pounds. His stamina isn’t great at this time, but we are working on getting him to go for longer walks each day and he has no problem running up the stairs or jumping into the car. Red currently gets two walks per day, sometimes three, and we are able to go longer each time. We are using the Gentle Leader and he walks nicely with it most of the time. He’s not a perfect walker, but we are getting there!

Red does have ear infections in both ears and has likely suffered from them chronically for some time. He has also had aural hematomas that went untreated, which left his ears scarred and wrinkled. They are not smooth like ear flaps typically are; instead they are hardened and crumpled up, but this does not affect him at all and he doesn’t let it bother him! We are treating his ear infections and he is so good for cleaning and medicating! He is also having a growth removed from the base of his left ear. The vet doesn’t think it’s anything serious, but it could be causing more infection in his left ear, so we will be removing it this week when he is neutered. We will send it off for pathology to confirm that it isn’t anything to be worried about. Food allergies often manifest as ear infections, so we are hoping that by getting him on a quality, limited-ingredient food (Taste of the Wild salmon formula), we can eliminate his ear infections. He does not seem to be itchy and his skin is in good condition, so it’s not likely environmental allergies that are causing his ear problems. With a high-quality food, regular ear cleaning, and a watchful eye, I think his ear issues will greatly improve. Red’s coat is also greatly improving on the new food, too. He did have some mats on the back of his legs and his abdomen that needed to be shaved, but it will grow back! He is a gorgeous red/golden color with a patch of white on his chest.

Red does know a few basic commands and how to shake. He is definitely a Velcro boy and always wants to be near us. Red wants someone to love him and to give him attention. He loves belly rubs and butt scratches! Since he was found as a stray, he either needs a fenced-in yard or a family that is very dedicated to keeping him safe on a tie-out or within an invisible fence. He has done great in our fenced-in yard and also when we have had him on a tie-out in our front yard. His desire to wander should diminish somewhat after he’s neutered. We live on a busy road and the noise, traffic, and people do not bother Red at all. Red has been wonderful with my 9-year-old daughter and I think he would be okay going to a home with kids 5 and older. He has also been great with our 3-year-old Golden Retriever. He would do great in a home with or without another dog, but will not be a playmate for another dog. He absolutely cannot go to a home with cats or other small critters! Somewhere along the line, Red learned to hurt/kill cats, so he will not be able to have them in his forever home!

Red loves car rides and sits nicely in the backseat of our car. We are currently crating him and he doesn’t mind it at all. He is crated at night and while I am at work. The shelter reported that he would eat a blanket if one was left in his kennel, so we haven’t kept any bedding in his crate yet, but he does have an orthopedic dog bed in his crate and he hasn’t messed with that. I don’t think he got a lot of exercise in his previous home and at the shelter, so it’s possible that he was taking his extra energy out on his bedding. He was bored and that was all he had to do! Red loves to carry toys and Nylabones around. He hasn’t played fetch yet, but we think he might soon! Red does not counter surf or get into the trash. He is also not a fence jumper and doesn’t dig or bark!

He loves to be groomed and did great for his much needed bath! I was able to trim his nails without issue too. Red allows me to clean and medicate his ears. At his vet visit, he was microchipped, brought up to date on vaccines, had a negative fecal, and had a heartworm test. His heartworm test was negative, but he did have a weak positive for Lyme disease. This just means that he has been exposed to it at some point in his life, not that he necessarily has an active infection. Unless he shows any symptoms (intermittent lameness on alternating legs is the most common sign of an active infection), he won’t need treatment for it. We do have him started on flea/tick and heartworm prevention.

So what type of home would Red do best in? One that is dedicated to daily exercise, giving him a high-quality, grain-free food in measured amounts so he can stay at a healthy weight; one that is willing to work through his ear infections and has the means to take him to the vet when he needs to have them looked at; one that will give him lots of attention, love, and a happy home environment; and one that is dedicated to knowing that he cannot be around cats or other small critters. We have seen bunnies on walks and I was easily able to re-direct him, but if he got one cornered, I think he would definitely try to kill it. It doesn’t make him a bad dog, some dogs like Red just have a high prey drive.

If you think our adorable and wonderful foster boy, Red, is right for your family, please contact your placement advisor today! 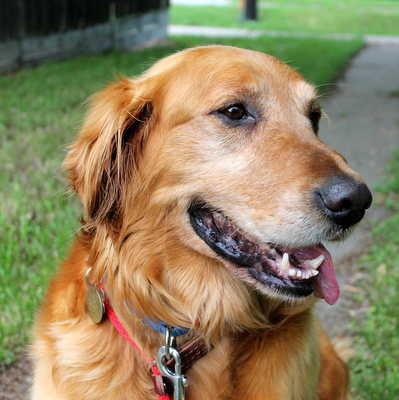 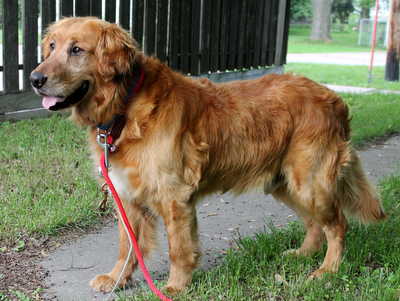 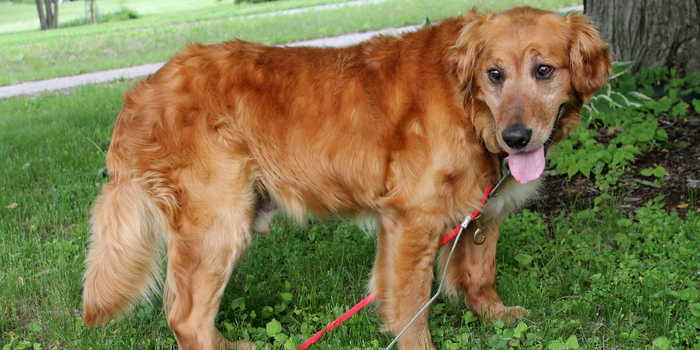 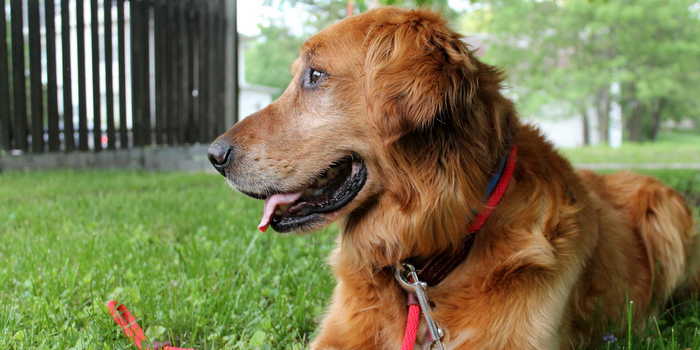 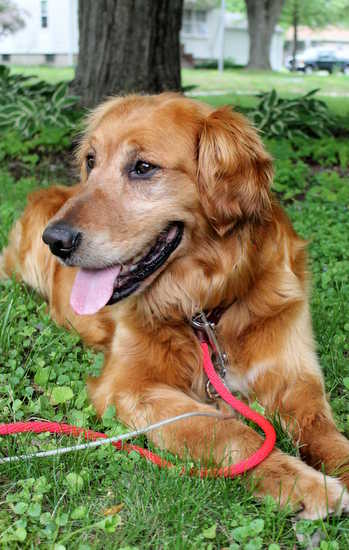