Shadow is a beautiful purebred golden who is three years old.  He is full of love and life!  Shadow came to us from Northern Minnesota where he lived outside for the past two and a half years.  This boy is all about attention and balls.

Shadow is a real cuddle bug who loves his pets and attention and will give you the golden nudge if he hasn’t had enough.  He also enjoys being on the couch just to sleep or for tummy rubs and laying his head on your lap. 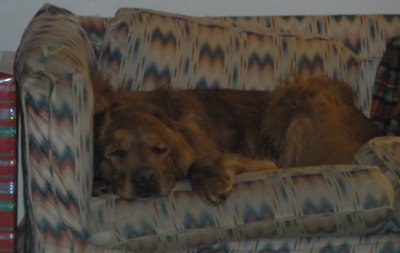 Shadow had his wellness check this week and has received all his shots.  He will need boosters in about three weeks.  He was tested for heartworm, tick borne diseases and parasites, all were negative – YEAH!  He does have a slight ear infection and we are treating that with regular ear cleaning and ointment.  Shadow does need to lose some weight as he tips the scales at 96 pounds.  They vet feels that a minimum of 10 to 15 pounds need to be lost – it’s the green bean diet and lots of exercise for this golden.

Shadow does well with other dogs in the house and outside.  He met our dogs without a problem.  He has gotten some warning growls from my parent’s Great Pyr, as she likes her space, and he has respected that.  Shadow has gotten along well with our dog savvy cats.

Shadow loves playing with the other dogs, so a playmate would be nice for him to have in his forever home. 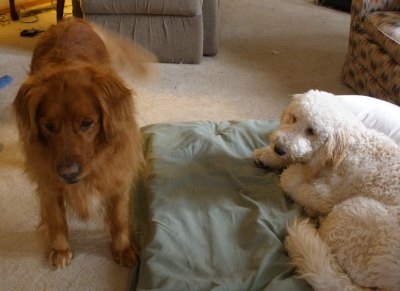 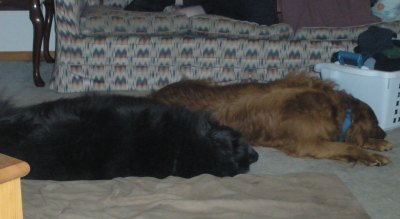 Shadow loves to play with balls and toys.  He does guard and gets snarky with other dogs when there are toys involved, so all toys in the house are put away and we go outside for special play time.  Humans can take way the toys without any problem, it is just other dogs!  He also needs to be fed separately, and again humans can pet him while he is eating, take away his food, etc without issue.

Shadow knows his name, comes when called, sits nicely for treats, walks pretty good on a leash and is generally a well-mannered dog.  He tried a little counter surfing when he first came, but with a gentle no all four paws went back on the ground.  He can sometimes be jumpy or does this cute little happy dance when he is excited.  I hope I can get a video of that soon.  Shadow is housebroken and has not had any accidents in the house. 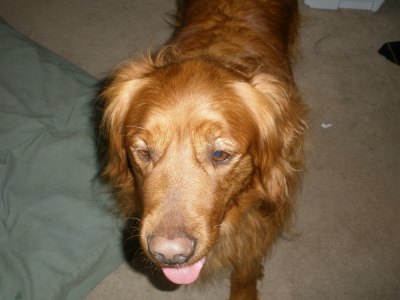 Shadow had a pawdicure and bath and when it was all said and done, he felt like a new dog! 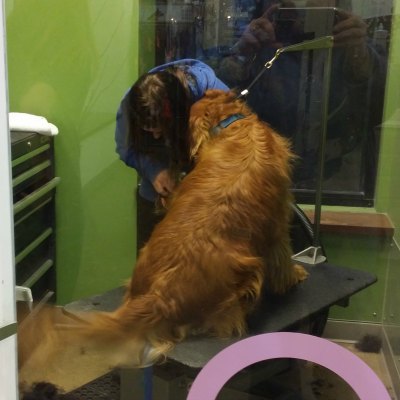 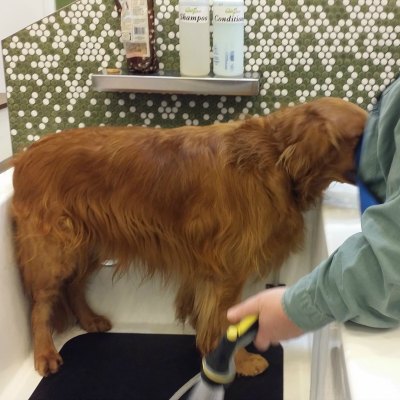 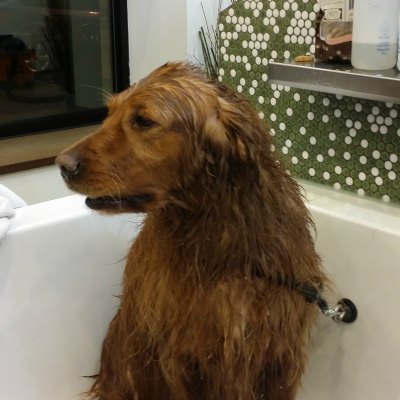 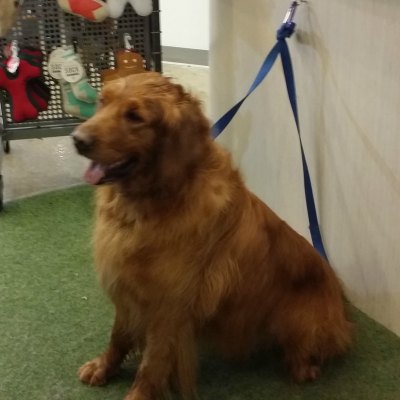 If you think that Shadow could be the newest member of your family, please contact your placement advisor.