A new RAGOM golden has arrived! Tucker came into foster last week and boy did he have a busy first few days. He went to the vet on day two to get checked out and this big guy has some medical issues we are working to resolve ASAP. Tucker was neutered prior to his surrender so that is one thing we could check off the list right away. He is up to date on his vaccinations and we are working on a double ear infection that is going to be cleared up within the next week. I am sure it feels good to have that taken care of. Tucker also needs to lose about 15 pounds. He is 10 years old and weighs in at 89 pounds.

Tuckers two biggest obstacles right now are that he is heart worm positive and he is starting treatment for that tomorrow morning. He will also get an x ray to determine how advanced the heart worm is. Right now we are just keeping him calm and comfortable.

Tucker's other issue is that he has, what the vet thought was an old injury or shoulder separation on his front leg. He does walk with a limp. He will be getting checked out by an ortho surgeon on Monday the 23rd so we will have more information then.

He also does have some scars on his back. He was shaved down prior to his surrender so these wounds could heal up.

There will be some pretty expensive medical bills for this sweet boy, if you are interested please consider sponsoring him it would be so helpful and he has such a long way to go.

With all of these medical issues this big lug still has a golden heart. I have not even heard him bark once. He gives a little grunt when he gets his ears cleaned and leans into the massage. He has met his foster brother Jack with not one issue. He has also met his feline foster sister and barely even acknowledged her at all. Yesterday they actually touched noses. Very cute! He also likes to give foster brother Jack kisses every once in a while.

Tucker loves attention, just wants to be loved and petted. He will follow me around the house but since yesterday he has relaxed enough to know I will come back and waits patiently.

As Tucker goes through some pretty tough healing please keep your positives coming his way, this big guy deserves a lot of TLC. 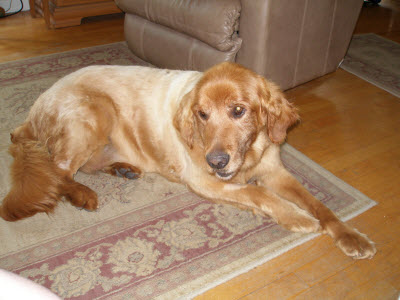 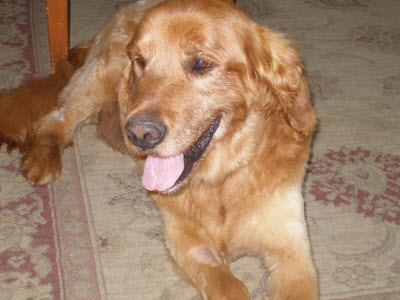 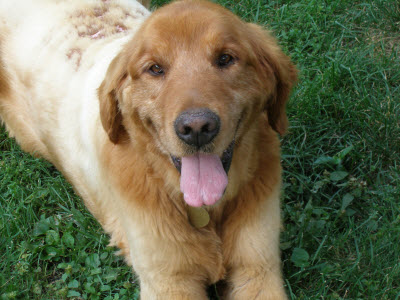