Kathy & Jim Wika
"In memory of their Golden, Sydney"

Jake 15-234 was found roaming in southern MN and was brought by the police to a shelter. He was okay for a few days being around the people and meeting some friends, but nighttime became hard being left alone. After a few weeks, he became very worried at night and broke his tooth and some nails. His RAGOM foster parents saw his plea and brought him home the next day. After a warm bubble bath, his beautiful coat was revealed, and he became an instant happy boy. Although a little thin from neglect and needing some TLC at the vet’s office for his tooth and his paw, he began to melt hearts before even leaving the vet's office.

Jake has acclimated well to his foster family’s busy schedule and home. He ignores the family cat and plays well with the family Springer Spaniel. When he first arrived, he was very worried about being fed and guarded his food. He now sits and waits for his bowl to be placed on the ground before eating. He loves treats and squeaky toys, and will share his toys with the family dog.

Jake knows how to sit, stay, lie down, and come. He is very smart and learns rules quickly. His foster family has learned to not leave food on the counter, as Jake is tall and still seeks out food at times when it is not time to eat.

Jake loves kids and his foster family has a 13-year-old and a 10-year-old in the house, and he truly needs a family that will allow him to be with his people. He sleeps on the floor next to the bed and follows his people all over the house just to be near them. In typical Golden Retriever fashion, he wants to be near his family at all times. He has a genuine love of all people and believes that hands were made to rub his head.

Jake would like to tell you a bit about what he is looking for in a family.

Hello, everyone! I am so happy to finally have a safe place to live and a steady supply of squeaky toys. I would love a family that understands that I need lots of hugs and reassurance that you will you will always be there for me. I need a few days to learn where you want me to go outside and where you want me to sleep, but once I do, I will be your biggest friend.

Sometimes I worry about food, so for now, it is better to not have food on the counter so that I am not tempted to try and grab it. I will say I do love Goldfish crackers, though, so if you want to slip me a few under the table, I certainly won’t complain.

I want someone to love me and reassure me, pet my head, rub my tummy and let me be happy. I may be a bit older, but you would never know it by my happy smile and puppy disposition.

I may have been around the block, but my heart is just like a puppy. I love to play and walk, and I want to meet you. Thanks for caring about Golden Retrievers; I think we are the best dogs around.

If you want to meet me, just let your Placement Advisor know. 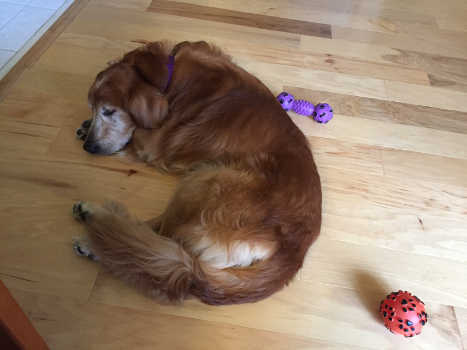 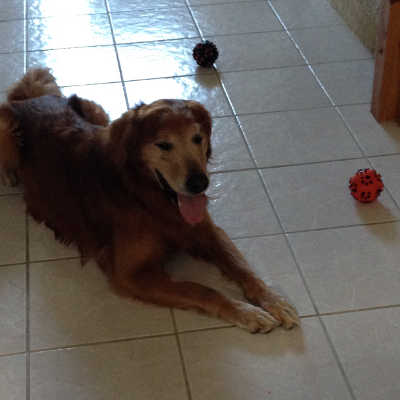 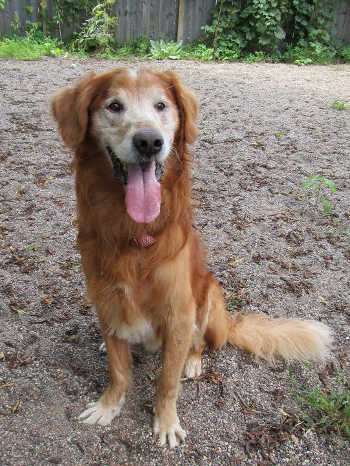