Please welcome Remington back to the RAGOM family!  Sadly, his owner recently passed away so Remington came back to RAGOM.  Luckily for me, this beautiful former country boy ended up with me.  While Remington has been grieving the loss of his owner and best friend, I have been dealing with similar pain having recently lost my two dogs in a short period of time.  Remington and I bonded instantly and each is helping the other through a difficult time.

Remington is a beautiful reddish Golden who is 10 years old. But don’t let his age fool you, he is still very active and playful. He loves car rides, long walks and even quiet nights at home. He loves to play with tennis balls and stuffed animals, too. At night, Remington sleeps quietly on the bed with me or alongside it. Remington is a healthy boy but he does have a slight heart murmur. It is considered a 1 on a scale up to 6 so it should not be a problem….but I wanted to at least mention it. Remington weighs about 80 pounds but he is on a diet now because a healthier weight would be closer to 70 pounds. 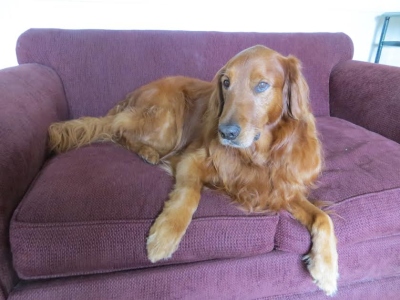 Remington relaxing before another round of tennis ball tosses

Remington has free run of the house along with two other dogs, one a foster and the other my resident dog. I have webcams set up at in my house so that I can watch them while I am at work and the first few days that I was gone Remington kept looking at the door waiting for me to come home. Now that he is used to my schedule, he just quietly snoozes most of the day with the other two dogs and doesn’t seem at all bothered that I am not home. When I do come home though, he is extremely excited to see me!  He seems to have no separation issues like has been written about him in the past, and perhaps that’s because he finds comfort in having two other big dogs home with him so he is never truly “all alone”.  He is also very quiet boy. He rarely ever barks. 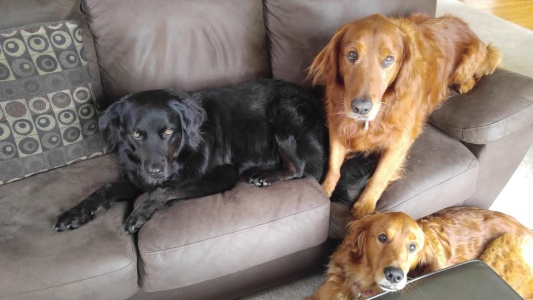 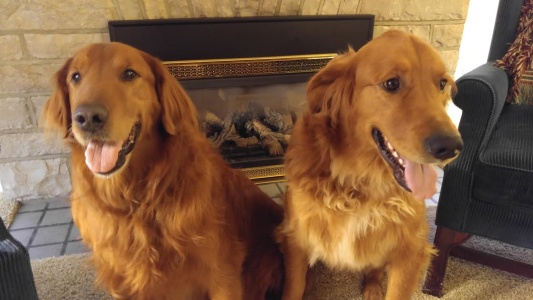 Remington is very friendly with adults and the dogs we’ve met.  However, he has air snapped a few times when a treat is involved and he seems to be afraid that you are going to keep him from getting it.  I’ve experienced it, and I’ve been told that he has done it to kids before as well, which may or may not have involved food.  It only happened to me once and now that I know what his “trigger” is, and as he has gained trust in me, I’ve had no problem with him at all.  But because of his history, he needs to be in a home that has a physical fence.  Also, he should not go to a home with kids.  I think he would really enjoy, and be comforted by, having another dog in the home though.

Thanks for checking out this handsome guy! 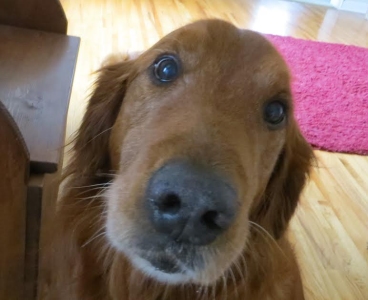