Once upon a time, in a faraway land (Iowa, to be exact), a dirty smelly dog sat in a shelter, waiting to be claimed. But no one came.  His allotted days were coming to an end.  That's when another miracle began.  Shelter personnel called a local Ragom volunteer, describing the scared guy as an "awesome dog" and asked for Ragom's help.

Formally named Aeros (nicknamed Max), this mellow golden/yellow lab mix spent a week with his rescuing angel in Iowa.  He arrived in St. Paul on May 18, 2014.  Welcome to our world, Max!

Max is a compact 60 lb. neutered male.  The vet estimates that he is 5-7 years old.  He is UTD on all vaccines.  He tested negative for HW and Lyme disease.  His fecal is negative.  He is housebroken.  Max and my three residents met one another enthusiastically but not aggressively.  Max was clearly unfamiliar with cats and their rather astonishing ability to leap tall buildings effortlessly.  He and the resident felines have taken a "one step at a time" approach and now, a week later, the cats exhibit no fear of him and will walk right by him.  He has shown puzzled interest - but no aggression - toward them.

Max panted for about an hour after he arrived.  He then seemed to settle down and spent the night on a bed next to my bed - where he continues to sleep.  (Although he needed to go out in the middle of the night the first two days - waking me up by pacing, he now sleeps through the night.)   He picked at his meals for a few days and then regained his usual robust appetite.  He eats by himself in a room with the door closed...BECAUSE he eats very slowly and, if interrupted by my guys, will stop eating altogether.  Being used to 3 dogs who inhale their meals without pausing for breath, Max brings a whole new dimension to meal time.

Max is a mellow affectionate boy who loves to be hugged and patted and kissed.  He needs the following in his Forever Home:

Max loves his fenced back yard.  He is the self appointed "tracker" of the chipmunks and it is obvious that meeting Mr. Chippy is at the top of his priority list.  He also relishes self administered back rubs and the warmer weather has him seeking out cool shady spots where he can relax and enjoy the good life. 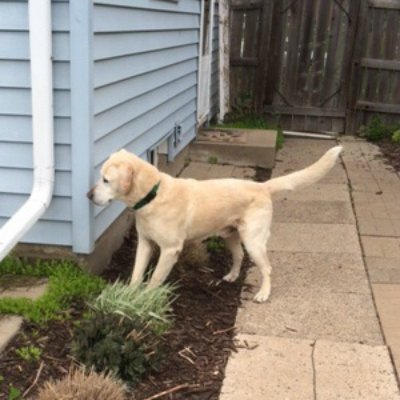 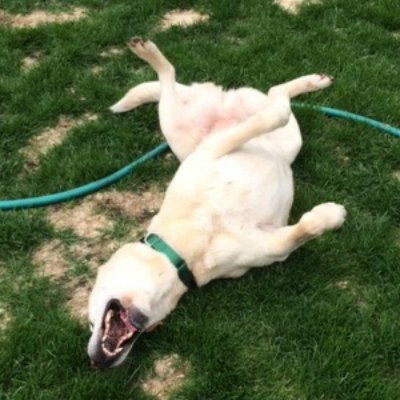 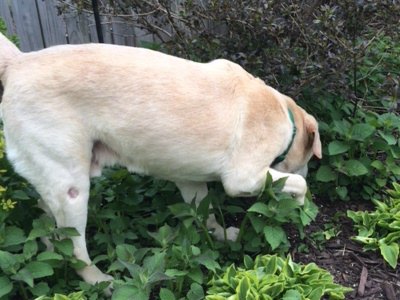