Please welcome Beau to RAGOM! Beau is a purebred male Golden Retriever who is almost 2 years old (born 12/31/14). He is a beautiful boy who is about as sweet as they come! Beau was surrendered by an owner who loved him very much but he was too large for her to handle.

Here is what we know about Beau:

Beau is a joy to have around and we love him to pieces. In fact, we would totally keep him if we could (and believe me, I tried to find a way to convince myself we could!), but we are at max dog capacity at our house and really cannot have any more permanent dog members here! My loss is your gain though, so please fill out an application inquiry form if you are interested in adopting Beau! 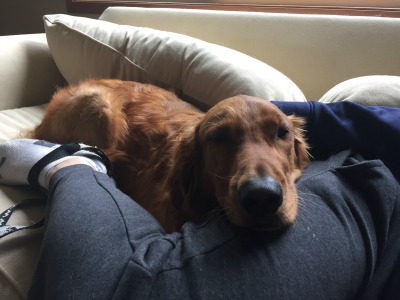 Snuggling within 2 hours of arrival. 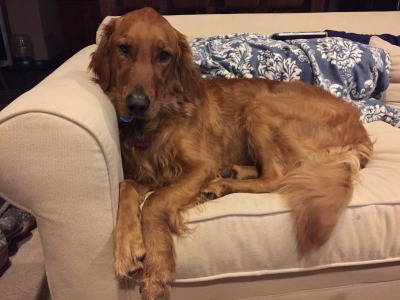 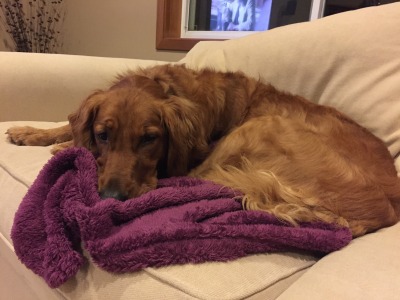 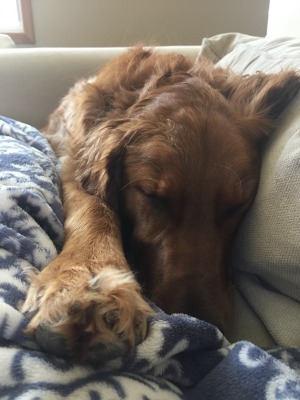 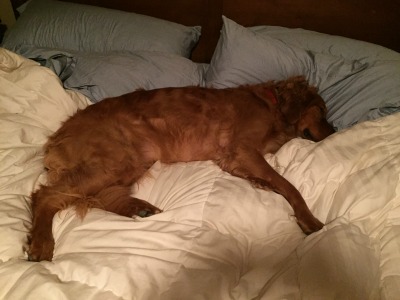 Making himself at home while I vacuum!