Welcome Charlie, the newest hunk-a-chunk of love to the RAGOM family! I’ve nicknamed him Bud because you couldn’t ask for a better buddy. He follows me around everywhere and wants to be a part of whatever is going on.

Charlie came to us from a busy family who got him as an 8-week-old pup. Fast forward a year and they realized they didn’t have the time to work with him and give him what he needs. We are thankful they reached out to RAGOM. Charlie’s dad is a PB Golden Retriever, and Mom is a PB Lab. He got the best of both worlds: He is affectionate, devoted, silly, and easy-going. He is a gem. 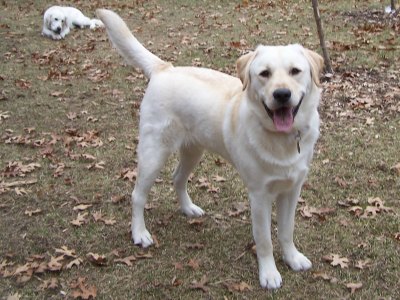 Charlie weighs a hearty 80 lbs. He has a stockier build—and you gotta love that blocky head! We made the trip to the vet and she suggested that he lose 5 lbs. His fecal and heartworm tests were negative (yay). He is UTD with vaccinations and is on heartworm and flea/tick preventatives.  He is already neutered.

He was nervous when he first got here but he is quieting down and settling in beautifully. He gets along great with our dogs and he LOVES the cat (and the cat seeks him out to play). I’ve been working with him big time on manners, and he loves it! He is so funny: Yesterday we were practicing sit and wait, and I pushed the wait time just a tad longer. He hung in there watching my every move, but then he got concerned that he should be doing something, so he raised his paw to shake, then went into down position. I guess he wanted to be proactive and not miss any commands!  He catches on quickly and is doing really well learning the basics. The one command he isn’t fond of is when I put a high value treat in front of him and have him “leave it,” that’s just too much to bear. We’re making small headways though.

Charlie favorite thing to do is fetch. He loves to retrieve anything and everything: balls, sticks, toys—he isn’t fussy! He also likes to wrestle, play tuggie, and chase. He plays hard and then is good about coming in and chilling out. 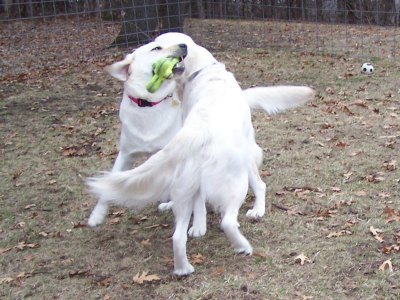 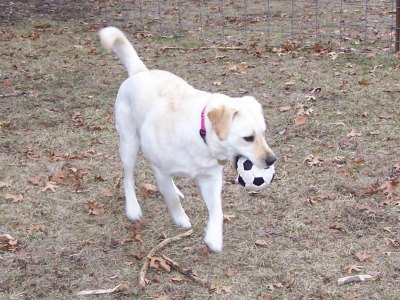 I don’t think he has ever gone for walks in heel position. He pulls like crazy so we shifted to a Gentle Leader. There is still some pulling when we first start out and when he sees something interesting, but it is much easier walking him now.

When Charlie first got here he was like a bull in a china shop. He is still a puppy in a full grown dog’s body, and there was lots of jumping up and bumping into us, and barreling into the resident dogs’ space.  I think some of that had to do with the novelty of being in a new place and having new dog friends. I’m seeing less and less hyper energy as he settles in and the more I work with him. He’s a very strong dog, and I think he is used to pushing his way around. The best fit for him will be a family with dog experience—he wouldn’t be the best dog for a first time dog owner. He is an absolute sweetheart, and with some obedience training and brushing up on his manners he will be an incredible companion. 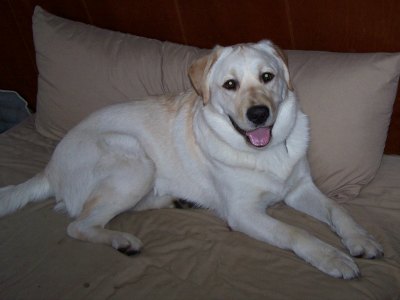 Here are some other observations:

I’ll post more as I get to know more about this wonderful boy. He is ready for his very own special family! 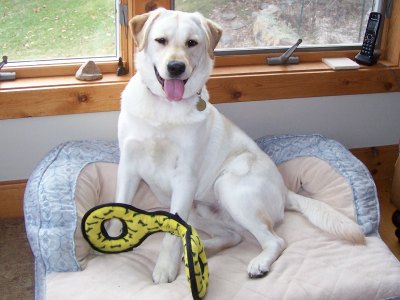