Welcome Cody to the RAGOM family. He is an English Creme Golden Retriever weighing in at 82 lbs. We have fostered Cody for about a week now. I believe before becoming a RAGOM dog, he had lived with other dogs all of his life. Introductions with the 2 residents dogs went extremely well even with our other foster Cali 14-163. We have 2 cats here as well and doesn't give them a second look. Cody doesn't have a mean bone in his body.

Basically to describe Cody, he is a puppy in a grown body.  He needs an owner that understands Cody will be some work. Cody isn't fully house trained. The first few days, resident dog Ollie and Cody seemed to have had marking wars outside. They would follow each other, marking over each others pee. When home, I let the dogs out every half hour and haven't had any incidents while he is being watched. When it's bedtime or when at work, he is put in a kennel. A few times, we let Cody have partial free roam, when we were sleeping. He did have potty accidents and shredded some paper. Cody doesn't seem to know any commands.

One thing about Cody, he does startle easily. If scared he would bolt. To keep him safe, a physical fence is a requirement. Cody would do best with an adult home or kids that are dog savvy. Surprisingly, Cody is quite the velcro dog with me, foster mom. He follows me everywhere inside and outside, except for when I go upstairs. He hasn't attempted a flight of stairs yet. Because of his timidness in most situations, he will need another confident dog in his house. An example, I took Cody and the 2 resident dogs for a car ride to the post office. He ran with them through the hallway into the garage. When I had to take just him to his vet appointment, it was quite some work to get him through the hallway into the garage. He would just plant himself on the ground and wouldn't budge.

At his wellness vet check, he did get up to date with his Rabies, Bordatella and DHPP. His fecal and heartworm came back negative. Cody was neutered prior to joining RAGOM. He is currently being treated in both ears for an infection. Cody has a skin issue, where his skin is flaky, mostly on his underside and around the neck area. The vet noticed no skin infection. He is eating a grain free diet and getting fish oil pills. At this time, the vet recommended to keep him on a healthy diet and see if his skin improves. If not, the vet recommended to test for hypothyroidism.

Contact Placement if you think Cody would fit well in your household. 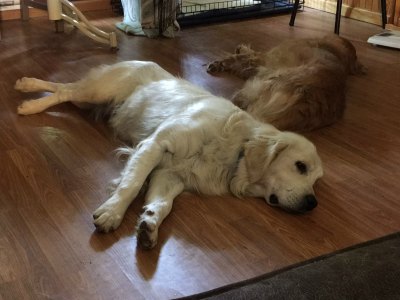 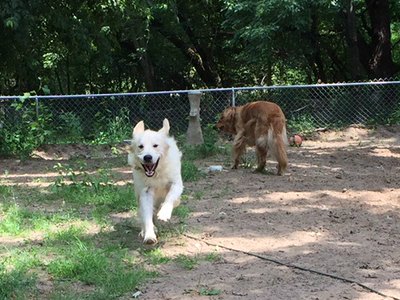