Meet Colby who came in with his 'brother' Doger 10-185. He was surrendered when his human had to go into a nursing home. He is very shy, reminds me of a Puppy Mill boy, is skittish and very dependent on Doger. He wouldn't eat tonight from a bowl, my hand or the floor. I am hoping tomorrow will be better. He is full of spunk when out in the back yard with Jax, my cocker. They ran and played and wore one another out. Colby can get growly when he has something and Jax or Doger come near. A quick no and he's fine and Jax understands to back off. The pictures show a boy who is camera shy, found a safe place with which to protect his ball (there were only 4 on the floor:) and as you can tell from the picture he was interested in our cat ( 1 of 3 ) and at first just sniffed, but then barked. Bailey ran and that was it. Will see how it goes tomorrow when the cats are back inside. 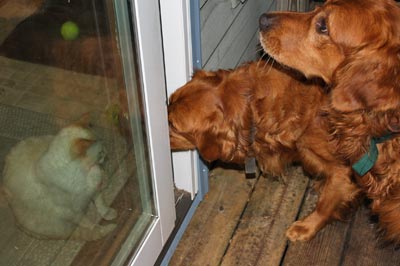 Colby had a growth removed from his right eye so is on anti biotics and a cream for his eye. He took his pill in some peanut butter and allowed me to put the cream in his eye. While he will back away or try to run away, once you touch him gently he is better. He sticks like glue to Doger 10-185 when he is scared or they get going playing.

Will let ya know how he's doing in a couple days after he and Doger have had a chance to settle in. He has had no accidents and I was somewhat concerned as they said he messed in his kennel and wouldn't go to the bathroom outside. As soon as we got home and he was let out in the yard he did his business. We will see how he does tonight left free in the kitchen/hall/laundry area with Doger.

Foster Mom and the crew 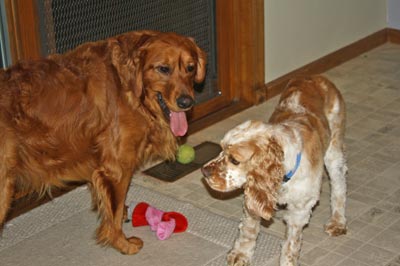 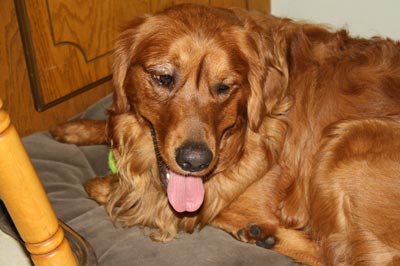 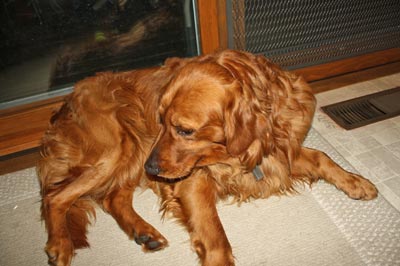 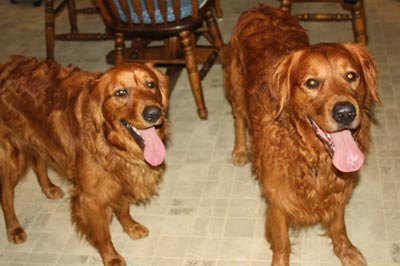