A big RAGOM welcome Cole 11-237 and what a true Golden he is. He is a 2-1/2 year old neutered male weighing in at 87 pounds. He is slightly over weight and should be around 75. He is now on a diet of high quality dog food with plenty of walks, retrieving, and swimming. He has been Vetted and micro-chipped. All his test were perfect and he is up to-date. (heart worm, stool, Lyme's, and physical). This guy is now ready for his new forever home. 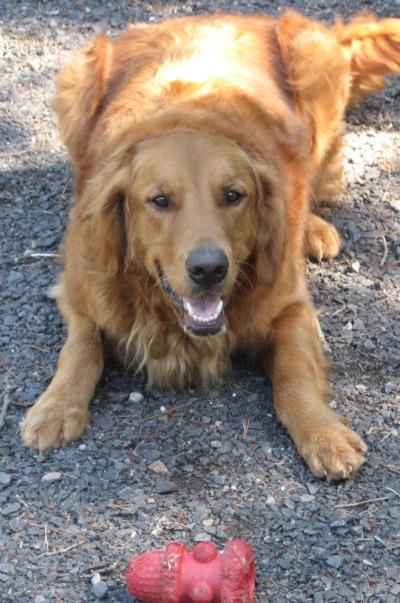 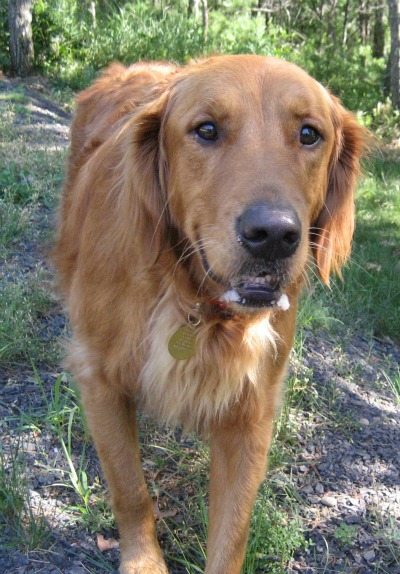 He is one super guy. He loves everyone. He is great with kids, adults, and the dogs he saw while at the Vet's office. He will chase cat's though (sooooo, he's a dog, right?). I don't know what he would do if he caught one. Probably get his nose boxed. He bonds to people very quickly and follows me around like a shadow. When not doing that he either lays down by me or wants to play toss the ball. Did I mention he is a retrieving fanatic? (Well he's a Golden Retriever, enough said.) He loves to swim. He was a little leery at first and had a awkward water entry, then sat down in the lake. I guess he thought he was in a back yard wading pool. He is now swimming all over with the rest of the mob and having a ball. He so loves his walks in the morning. He is jumping at the door with the rest of clan when I get up in the AM. Which I am glad to see as he and my Male Golden didn't hit off at first. Both are dominant males (alphas). He has been here for 7 days now and things have started to settled down. They now tolerate one another. He does well with my crabby 14 year old Springer. She laid down the rules when he first arrived and all is well now. We don't bother me while I am sleeping or eating, and no butt sniffing. Cole being the gentleman he is, now shows her the respect she deserves. Cole has no resource guarding except for one thing. His ball or anything he is retrieving. It is only with other dogs that he is this way. He is fine with people. He is well mannered, but does need obedience training, and we are working on that. Did I mention surfing? He likes to surf the counter or table if his ball is there.
When all is said and done Cole is one great guy and will make some family a great companion, and mate. He is a people dog with the perfect Golden mind set. He will be great as a companion for children and adults alike. He should go to a home with no cat's and without a dominant male. He gets along with other dog's as was proved at the meeting at the Vet's and also the local humane society. He is possessive of his toys from other dogs, but not humans. He also should be taken to obedience training. He learns fast so it won't take long. We are making steps in that regard now. I don't know how I luck out and get guy's like Cole to foster. He deserves to go to a great loving forever home. 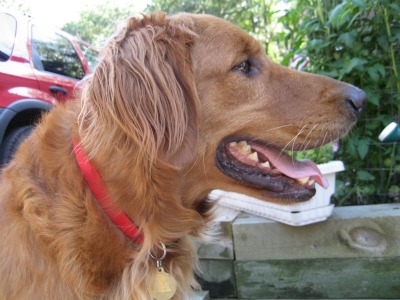 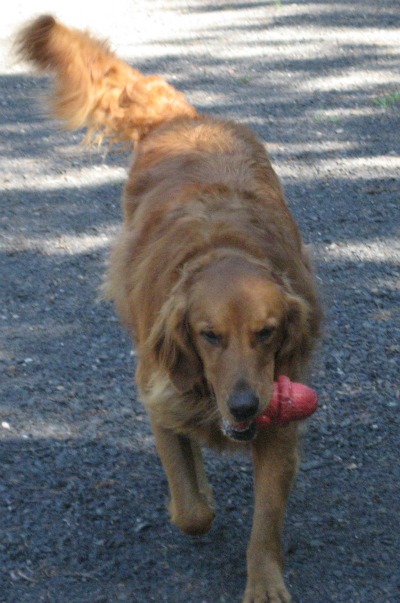