From an anonymous friend

Daisy is a one-year-old female Golden Retriever mix who is currently being fostered in the Twin Cities area. She weighs about 40 pounds and is now up to date on her vaccinations. She will be scheduled for her spay surgery soon. Daisy’s coloring is quite unique. She has a rich, dark brown coat with splotches of gold scattered throughout. She is a pretty girl and has no health issues to worry about. Daisy was surrendered to RAGOM when her owner’s work schedule did not allow enough time to give Daisy the attention she needs.

Daisy has been very friendly with all the people she meets, wanting attention from everyone. She is a little too enthusiastic at times and needs to learn not to jump up on people. Daisy will bark and try to lunge toward dogs that we meet out on our walks, but that is due to her excitement, and she has not displayed any aggression at those times. Daisy has had friendly interactions with the new dogs that she has met so far, both small and large.

Daisy is young and has a lot of energy, as expected. In the house, she calms down nicely and will rest quietly next to you if you are watching TV or using the computer. She wants to be right next to you and would even like to crawl into your lap if you let her. She is a licker and wants to cover you with her doggie kisses whenever she can.

Daisy is said to have previously lived with a small dog and two cats. She had been barking at the cat in her foster home for the first two days after arriving there, but now Daisy seems to be getting accustomed to the cat in her foster home and does not pay as much attention to the cat anymore. FM is still monitoring Daisy’s interactions with the cat just to be on the safe side.

Daisy is obsessed with tennis balls and loves to play fetch, but she has not yet mastered the art of giving the ball back so that it can be thrown again. Daisy needs to work on learning basic manners, as she will pull on the leash and jump up on people. Daisy is crate trained and does pretty well resting quietly in her crate while her FM is at work. 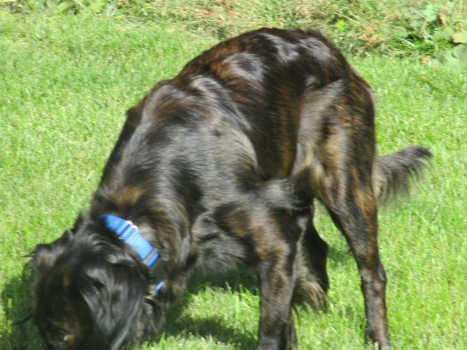 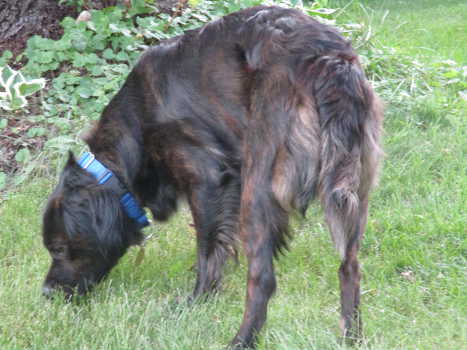 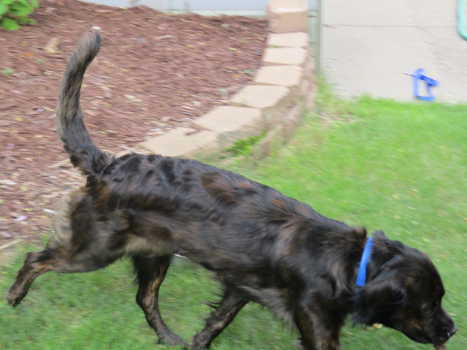