Carine & Matt Steffens with our golden babies Riley and Macy and in memory of our golden angel Bailey!!

We have a few nicknames for Dakota that sums up his personality: 1. Eeyore, 2. Teddy Bear. He is a 3- or 4-year-old handsome purebred male Golden Retriever who is everything his nicknames suggest. He has been updated on all his vaccinations, he is now neutered, his fecal and heartworm tests came back negative, and he is on heartworm preventative and Frontline Plus. His only health issues consist of a serious ear infection in both ears. The vet has him on antibiotics and some ear drops that he receives twice a day. Weekly follow-up vet visits are in store until the infection clears. Other than that, he is a perfectly healthy boy! 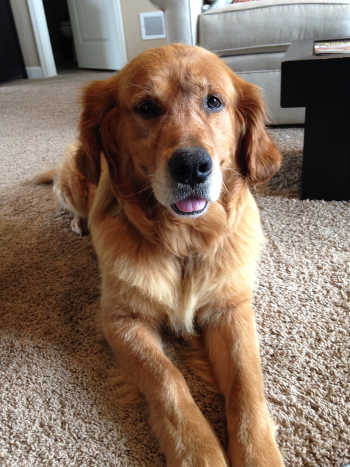 Dakota is the sweetest, most gentle, loving, and mild-mannered dog we have ever met. He absolutely loves to snuggle with humans. In fact, it's his favorite thing in the world. His interest doesn't lie in fetching balls, tug-of-war, or running around much (Eeyore). All he wants to do is lay right next to you and snuggle (Teddy Bear)! Dakota's surrendering owner rescued him from a Facebook ad, but kept him as an outdoor dog. Since in our care, he has only been an indoor dog. We were skeptical of how he'd behave indoors, but he's clearly had experience of living the indoor life. He jumps right up on the couches and beds so he can cuddle! Sometimes, the big ole guy thinks he's a lapdog and will curl right up on your lap and will look up at you with those great, big teddy-bear eyes. 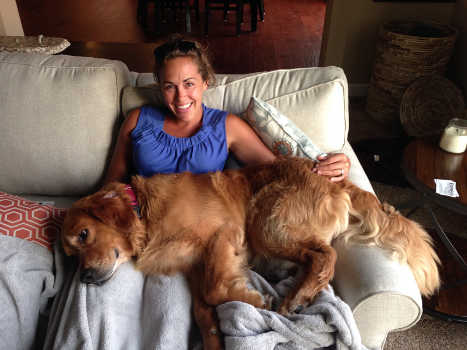 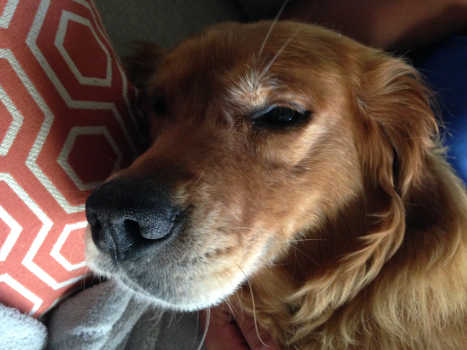 When I describe Dakota, I not only use our nicknames for him, but I also say he's a gentle old soul. He definitely does not act like a 3- or 4-year-old. His energy level is more of a 5- or 6-year-old. I think a lot of it has to do with the fact that he gets hot really easily, so he prefers not to move. For that reason, we bring him on 3 or 4 walks a day, but keep them no longer than 30 minutes. I say Dakota is a gentle old soul, not just because of his energy level, but he is very tender towards people. He'll take treats out of our hands so softly. His mouth barely opens and just grazes the treat. It melted my heart the first time he did it. Even when he jumps up on us, he does it so very gently. He does this because he wants hugs, but this isn't acceptable behavior, so it's something we're working on.

He has free roam of the house at all times and prefers to sleep on the hardwood floors or bathroom floor while we're away as he just gets too hot to sleep on a bed. One thing to note: for the first two weeks, we had him sleeping in the laundry room across the hall from our bedroom. He did really well and even respected the baby gate. This weekend, he started either jumping the gate or pushing it over to come and be with us. So, we've let him just sleep wherever he feels and he's done great.

As I mentioned, Dakota is an old soul. When he sleeps, his snores are like freight trains! It reminds us of an old man passed out on a recliner! When he's hot on the trail of another dog or animal while on our walks, he grunts and snorts like a little pig. Sometimes we wonder if he has a deviated septum because of all his snorting! Basic commands like "sit," "stay," and "come" are unknown yet. He doesn't respond to these commands, but we think it's most likely because his hearing is impacted by his ear infections. Our hypothesis behind this is because he doesn't even hear us when we walk up to him while he's sleeping. We have to almost yell his name in order for him to respond. 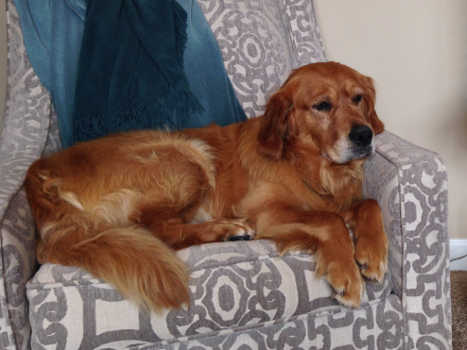 Dakota LOVES kids. He'll hear kids outside playing and will run to the window to watch them. All the neighborhood kids love him and come over to our house to "play" with him. Mind you, his playing will be to jog after them and lay down. He just wants to be pet and loved by them, although when he first greets kids, he will jump on them. As soon as we get him down, though, he'll just start licking them all over and wanting to snuggle. Did I mention he likes to snuggle?!

He also likes to play with other dogs. Again, he doesn't move much, so he wouldn't do too well with dogs that play rough. We're not sure how he would do with little dogs as he seems to get a little extra excited when he encounters them. However, he did really well around puppies that were fenced in. He simply smelled and then ignored them. As I mentioned previously, his main interest in life is to cuddle.

So, why would this perfect dog be surrendered? The surrendering owner wanted him to have a better life that she just couldn't give him at the time. His only quirk is he likes to mark on everything while on his walks. We think this is because he went so long without being neutered. Other than that, Dakota is an absolutey perfect dog. If you are looking for a dog that will lay around and snuggle, he's your match! 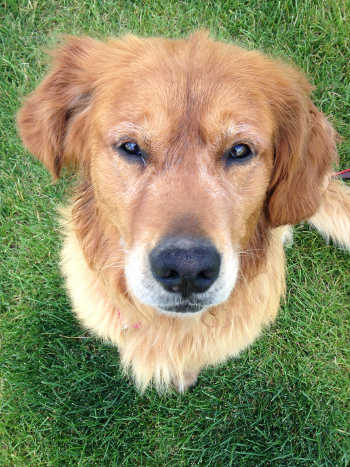