Meet Drake. Drake was dropped off at a shelter in SD along with his mate Mandi (10-379) because his owner didn’t want him anymore. He is a PBGR, and was a breeder in his former life. Drake is about 8 years old, and has been groomed and vetted since coming into RAGOM. He is UTD, neutered and microchipped. He is a compact guy with a big, blocky head. He is listed as 71 pounds, but looks a bit smaller.

Drake is our first foster, and he came to us a week ago exhibiting many of the behaviors we’ve read about in puppy mill breeders: reluctant to get into a car, and afraid of everything the rest of us consider normal (doors, stairs, TV, ceiling fan). He paced for hours at a time, and wouldn’t eat or sleep. He didn’t respond to his name or know any commands.

Wow, what a difference a week makes! Drake is getting around the house and yard like he owns the place. He sleeps through the night (no crate), and eats along side our two residents without a problem. In fact, there hasn’t been a growl or curled lip since he came to our house. He and our resident Zeke are even chasing and playing in the yard now. Drake walks on a leash like he’s done it his whole life - not a tug. He is home alone for hours at a time, and not a thing out of place or a single potty accident. He also passed the cat test with flying colors. At this point, kids are unknown, and we don’t know how he’d do off leash without a fenced yard.

The most remarkable moment was the other night, with Drake closely watching Zeke chew on a Nylabone. To that point, Drake had shown no interest in toys, treats, or chews. When Zeke dropped the Nylabone, Drake went over to it, sniffed it a few times, then lay down and took it between his front paws and went to work. A very touching little scene! Drake also now sits on command. What a smart boy!

Drake is still a little shy in new situations, but he’s coming along great. We think he’d make a great addition to just about any family. Won’t you consider giving this good boy a new home in the new year? 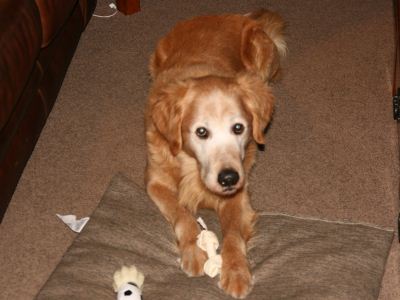 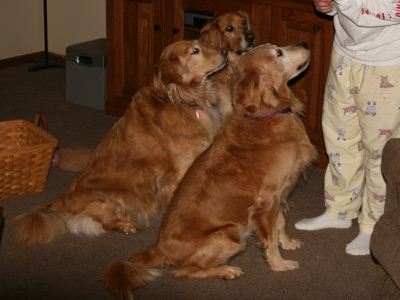 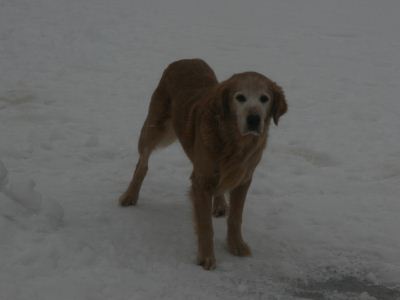