Meet Hank 14-259!  This adorable little 8 week old puppy came into RAGOM with his brothers and sister from a private breeder. He is very well socialized and is a happy and healthy little puppy!

Vet visit:  Hank has had some loose stools, so he is on an intestinal antibiotic and 3 day course of a dewormer.  His fecal was negative, but some of his littermates tested positive for coccidia, so we are treating him as a precaution.  He also has an ear infection, which will be treated with a medicated drop for 10 days.  He is so good for all of it!  These are common ailments for puppies and there is no need to be concerned about him having either issue.  The  rest of his visit went well and he happily gave the vet lots of kisses!  He weighed 9.2 pounds on 8/22.  Hank will be neutered on 8/28 and have his microchip implanted at the same time.

Housebroken?  Definitely not!!  We are working on this and he’s doing great!  He will cry in his crate or puppy pen when he needs to go out.  When he’s out of his crate or pen, he still has pee accidents.  I baby gate him in whatever room I am in to better watch him, and we are going out frequently, and rewarding with treats when he goes outside!  As he gets older and his bladder matures, he will do better with this.  He will also need a potty break or two during the work day if you aren’t at home with him.  A good rule of thumb is that puppies can go an hour for every month old they are, plus one.  So a 2 month old puppy can only go 3 hours without needing a break.  Remember, puppies are a lot of fun, but potty training can also be a lot of work!  He has slept through the night a few times, but most nights he wakes me up around 2 am  for a potty break.

Training: We are working on “come” and “sit” and he’s doing a great job!  Hank really likes treats, and will do just about anything for them!  Puppies absolutely need training to become wonderful, well-behaved adult dogs, so we are looking for a forever home that is dedicated to training and obedience classes for Hank.  RAGOM gets so many young dogs surrendered because they were allowed to do whatever they wanted and never had any training.  Hank does not know his name, but he usually comes running to anything!  His nicknames include: Puppers, Cuddle Monster, Little Landshark, and Hanker Doodle.

Other Pets:  Hank LOVES our 3 year old resident Golden, Finn, and our 18 month old foster Golden, Buddy 14-219!  He constantly follows then around, wrestles, chews, chases, and tries to steal their toys!  When he’s tired, he wants to snuggle up to one of them.  We have 2 cats and Hank likes to bark at them, but he definitely respects them if they hiss at him.  He would do fine growing up in a home with cats.

Kids:  I have a 10 year old daughter and Hank really loves to play with her.  He also loves to chew on her fingers, feet, hair, etc! Because small puppies turn into big puppies quickly, and can easily mouth and knock down young children, we think Hank’s forever family should not have kids younger than 7.

If you are interested in our adorable little guy, please contact your placement advisor right away!  He is a very special puppy and we know you will love him as much as we do! 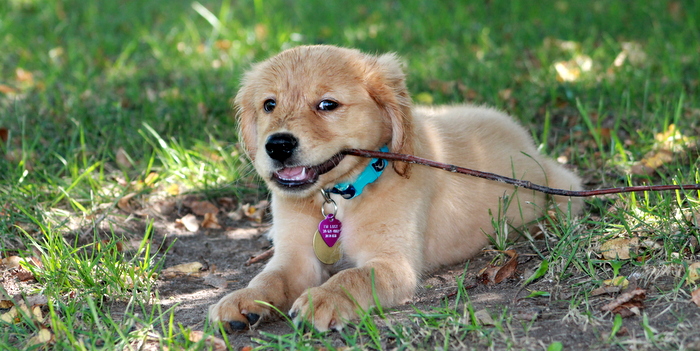 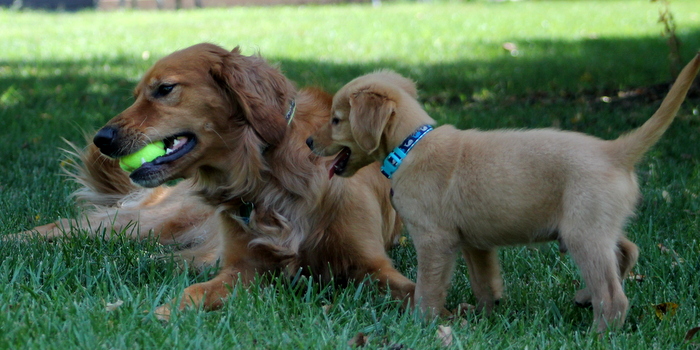 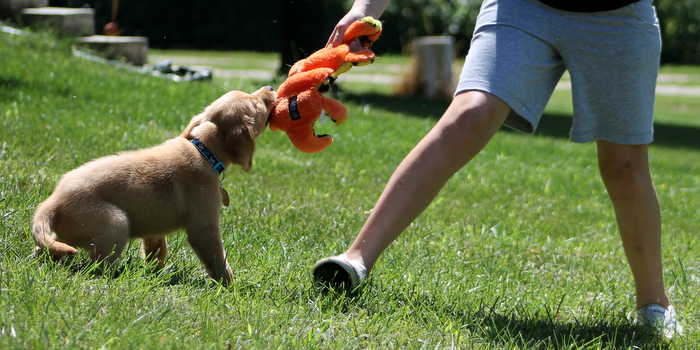 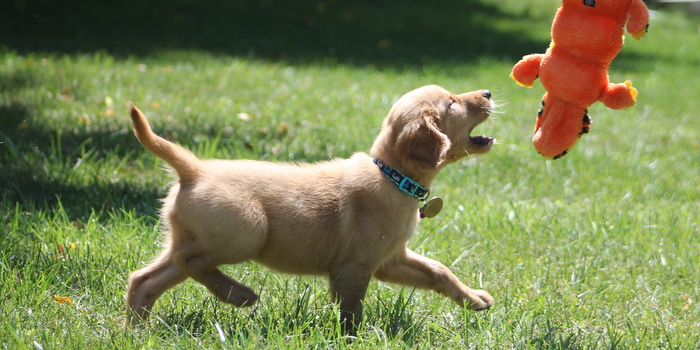 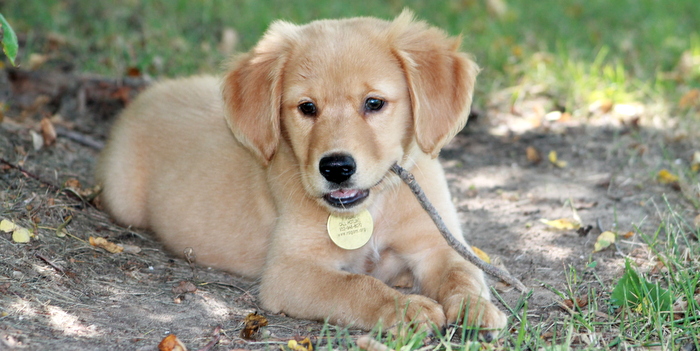 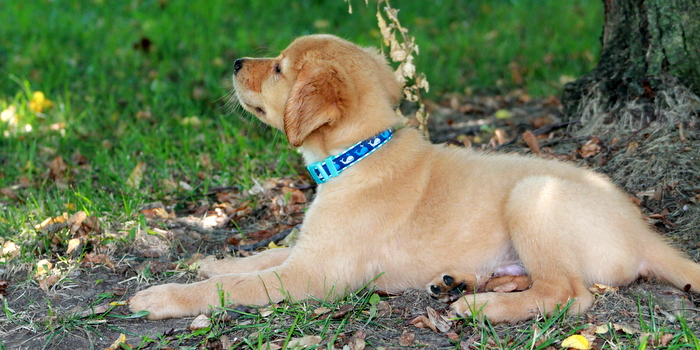 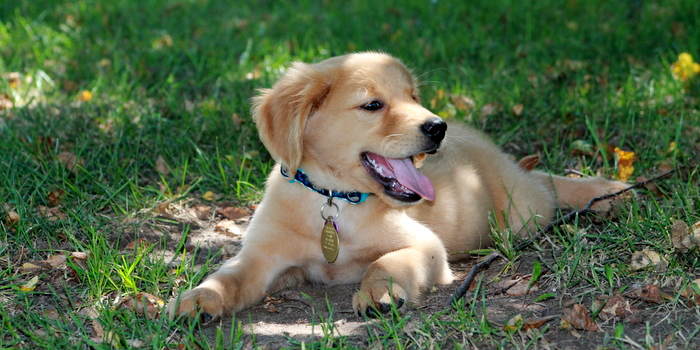 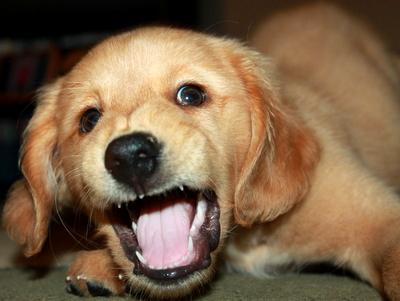 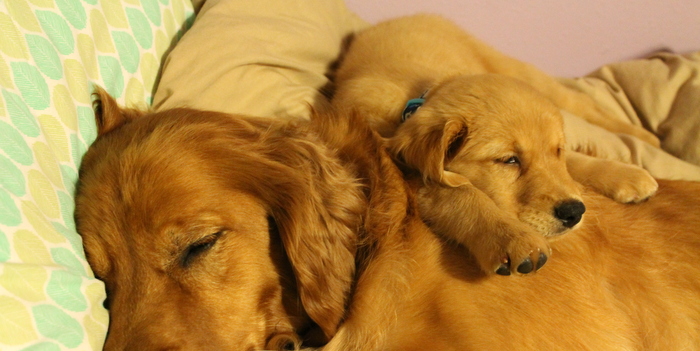 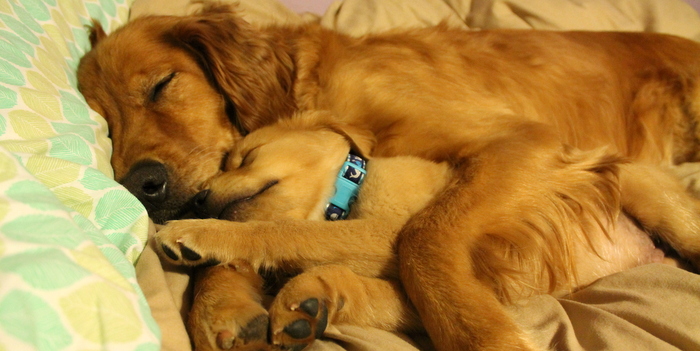