This beautiful Golden Retriever came to RAGOM just last Sunday. Her owners gave her up so someone else can give her the attention she deserves. We at RAGOM extend a big thank-you because they have given us a real jewel in this girl.

Harley is a 4-year-old purebred retriever . She is a beautiful deep red in color, making any pictures taken inside to show her beauty difficult! She is now up to date with all of her shots. Physical-wise, she is very healthy, except for about 5 pounds that she needs to lose. Next Thursday, she is scheduled to be spayed.

She loves being outside. A LOT. But accepts being inside all cuddled up on the couch (her favorite place) to get belly rubs and love. She is truly a sponge soaking up all the love we can dish out! Harley is one very mellow sweetheart. She rarely barks. And according to her former owner, she loves all people, young and old. She is as perfect as a Golden can be. 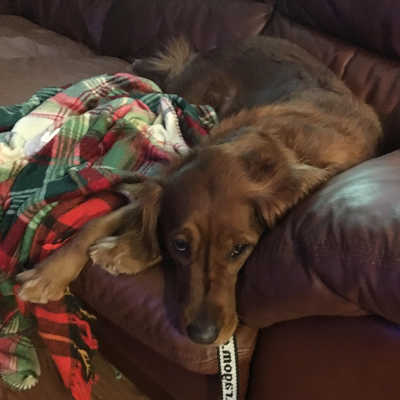 Speaking of the outdoors, when walking her, I have found she is VERY interested in the little animals she sees running around. She has never been off-leash, so it remains to be seen how strong her prey drive is. Therefore, a fence may be warranted, because, according to her owner, she does not have real good recall.

Harley loves car rides, and not the around-the-block stuff! Or else you will have to tug to get her out of the car.

Finally, she looks longingly at our lake because she loves to swim, but alas, it is a bit too cold.

The only thing we are really working on is walking her on a leash, and she is doing marvelously! She will pull if there is something she needs to check out. She hates the Gentle Leader to the point of making her nose bleed, trying to get it off, so we are just teaching her to walk with the martingale collar, and she does super.

She respects the boundaries of the resident dog regarding food and toys (unless he isn't looking). Regarding cats, according to her former owners, they accept each other!. She has hunted before, but not real good at retrieving, and, as stated previously, she does not have real good recall. 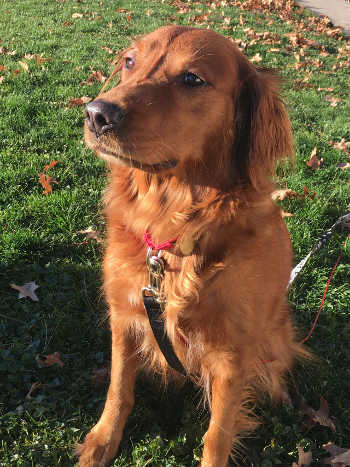