The H Family
"Wishing you the best and most wonderful life, Houston!"

We are all things puppy right now in Moorhead, MN, and loving every minute. Houston 15-266 arrived on 10.13.15 and we've been having a blast. He's a seven week old male Golden Retriever/Labrador mix, and a very happy little guy. He loves to play with our resident Golden Retrievers and exploring the back yard is a favorite past time. As puppies do, he plays hard and crashes hard. 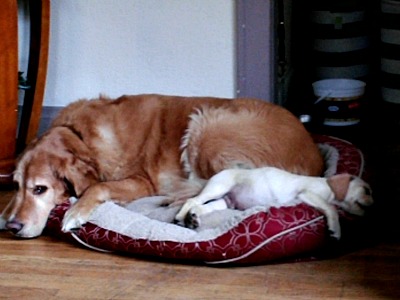 For such a little guy (8.8 lbs), he sure is smart! If he chews on something inappropriate, he is easily re-directed. He took quickly to crate training, and house training is coming along nicely. We're not quite all the way there, but we're so close! 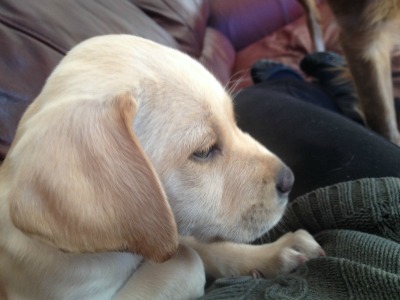 Houston 15-266 was a hit at his first vet visit, where he voluntarily provided a stool sample (which came back negative). He's making up for his small stature by gobbling his Taste of the Wild large breed puppy chow and of course, the occasional dried liver treat. Houston 15-266 had his first puppy shots, first dose of de-wormer and will be neutered in a couple of weeks. After that, he'll be ready to find his forever home. 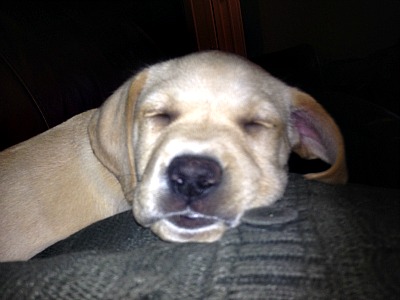 We'd like to see Houston's forever home be an active home with a physical fence, kids over ten years old, and preferable another playful dog (optional). 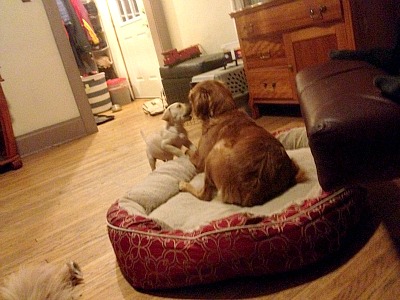