Jade is a 10yo intact PB GR that weighs approx 80 lbs. Jade is a retiring breeder girl and has lived outdoors and never been in a car, however is well socialized with other dogs and people.  The SO described as a typical Golden with a gentle and loving personality. 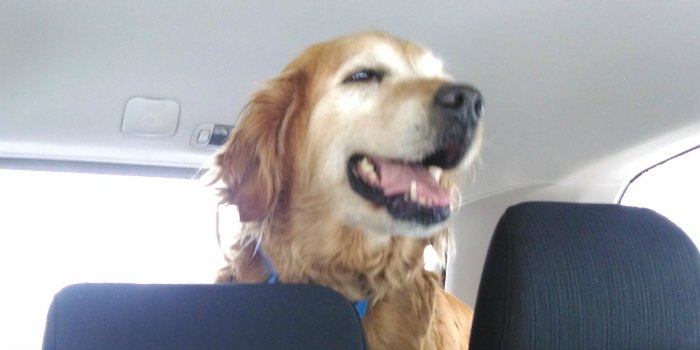 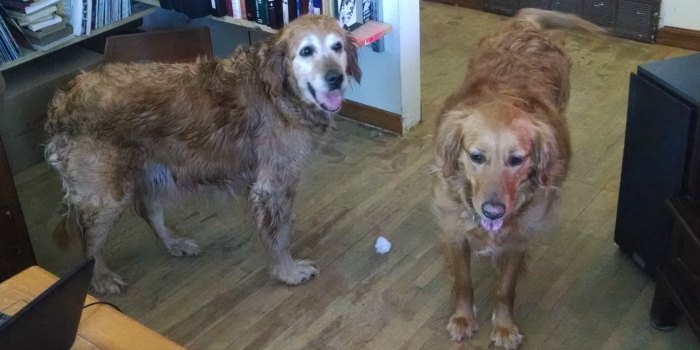 Jade tolerated her first car rides and she has a great spirit.  She met the two resident dogs without any real problems and within a few hours was exploring the house.  That is when we had a few issues.  She craves human attention and plopped herself down at my feet and leaned in for more attention.  I thought this was all well and good until my resident came over for a little of the action.  Jade got pretty jealous and growled quietly.  At one point she actually snapped at the resident.

With a few suggestions from some other RAGOM volunteers I realized I gave Jade too much freedom too soon.  I started working with a crate and the dog bed she claimed as her own.  I learned quickly to manage the interaction of the dogs and things have smoothed out quite a bit.

She has had her first bath and she has let me clean her ears.  We still have some work to do on both fronts but we are making progress.  The crate training is also helping with the potty training.  Honestly I think she is going to catch on pretty quickly.

Later this week she will have her first vet appointment and then we will schedule her spay surgery.  This girl deserves a good long retirement on a comfy bed. 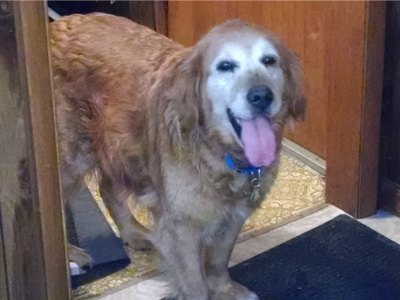 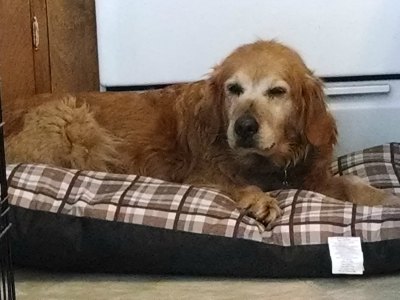