Meet Jamie, a gentle 2-year-old purebred Golden Retriever. He is a strapping lad at 72 lbs. The vet said he is in A+ health, but on the thin side and needs to put on about 8 more pounds. He is up to date on all his vaccinations and preventatives, and he just had his neuter surgery so is healing up from that.

Jaime was found as a stray in rural South Dakota. He was held at a local vet’s office, and when no one claimed him, they contacted RAGOM. He stayed in boarding for a couple of days until he could hook a ride to Minnesota. He was full of mats and dirty, so the volunteer who picked him up had him groomed for the first step of his new journey. His whole underside was shaved and a lot of his feathering was trimmed way back. She said it was transformational, and I’m sure we all agree he is a beauty.

Jaime had a number of smaller transformations since he has been at our home. When he first got here, he was wired and very skittish—understandable as he had been wandering for who knows how long, and then sitting in a kennel at a vet’s office. He bolted door openings, and any unexpected noise sent him to the ground on all fours. With each passing day he is getting more and more settled in, and what I am seeing is an incredible gentle loving dog. 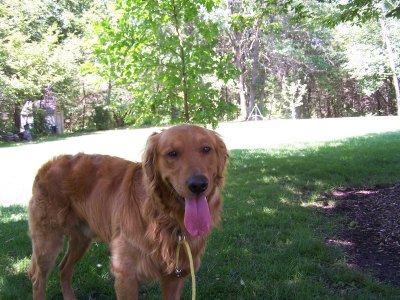 Jaime is young and has a lot of energy. He has a couple of things to work on (don't we all). He still has a tendancy to want to bolt through doorways. I have him sit and then release him before we go through the door, and that is helping trememdously. He'll for sure need some manners and obediance training. He has a mind of his own, and he practices selective hearing if he doesn't want to do something. I think he was handled with a heavy hand in his past because when he first got here when I corrected him he'd cower. He isn't doing that anymore--all he wants is to please--such a good boy! He LOVES running through commands and he will be a dream to train. He walks beautifully with just a martingale collar. I also use a slip lead, though, because of his history, and he is still skittish if he hears a strange noise while we are walking (i.e., a door slamming or a car engine revving up). He pulls if he is really excited—we’re working on that! 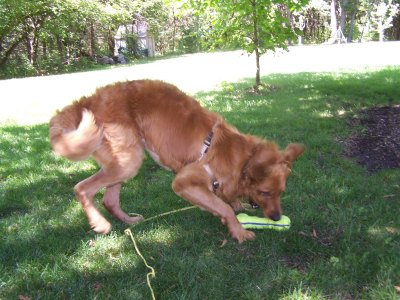 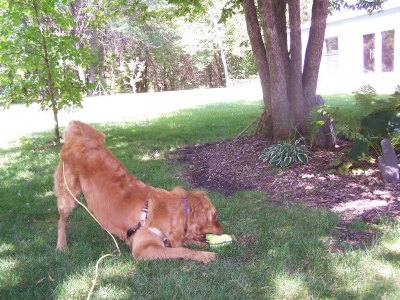 Some other details: Since he has been at our house, he has not had one potty accident—nor has he marked (yay!). We watch him very closely and get him outside pretty often. He did poop in the house the first day, and I think that had more to do with change of environment, routine, and food. He slept in a kennel at night, but now I have him in a gated area so he has more room as he has been wearing a cone at night so he doesn’t lick his neuter incision. I also have him in a gated area when I have been gone and that is working great. 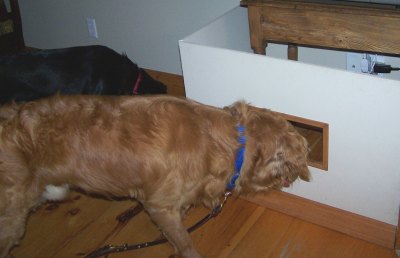 Thhe first day he was here there was some posturing with one of the resident dogs. They worked that out right away and now they really enjoy playing. I have to say that he seems more interested in attention from his humans though! I don't think he has ever been around cata and he is very curious abou thtem. We are taking that really slow--I think what he needs is a good swipe from one of them and then he’ll be fine. I think it will be best if he go to a home with older children. 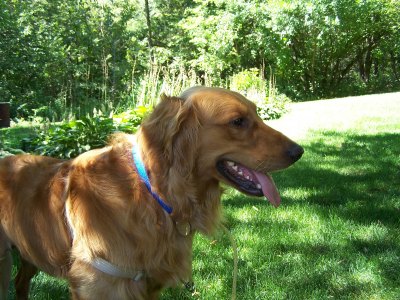 If Jaime is still available, he’ll be at Goldzilla —and he hopes to see you there either with his foster mom or his new family!!!

I’ll write more as I get to know this handsome boy. If you think you may be a good match for Jaime, please let your placement advisor know.