The M family
"For a very special boy named Kash, we love you!"


Please welcome new pup, Kash.  Kash is a transplant from Illinois.  He was flown here by Pilots N Paws on May 4th .  We want to give a big thank you to Jim L, the pilot who brought Kash to RAGOM. 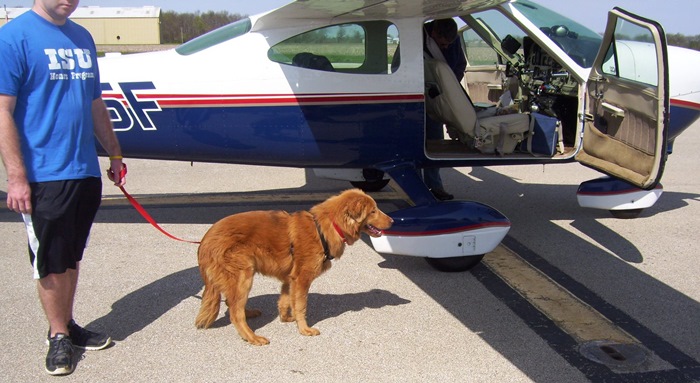 Kash arrived a terrified puppy, guessing his age to be around 9-10 months, who had to be carried from the plane to the van.  Once we arrived at his foster home he had to be lifted from the van into the yard.  Kash is still learning to walk on a leash, he is fearful seeing the leash come out and will shy away from me to avoid it. Kash also was reported to be more afraid of males than females.  I was able to see that he is in fact more nervous around men.

The first day Kash was only interested in drinking some water and resting in his crate. The second day Kash did start eating, but just small amounts and only when I left the room.  He also was not interested in leaving his crate at all so I had to come up with a creative way of getting him to move.  I used a side door of his crate and gently touched his back leg and he would move outside to do his business, always behind one of the other dogs in the house.  Kash loves other dogs.  He is very playful and his first tail wag was for his foster brother Jack. 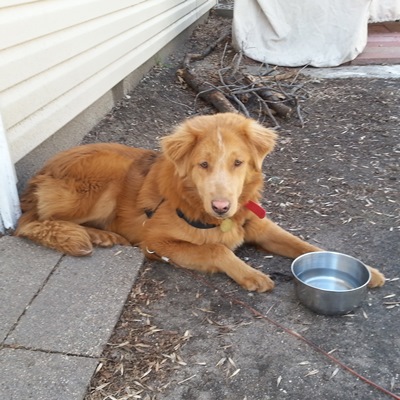 Over the next several days Kash started eating in front of me and taking treats from my hand.  However he was still not interested in being petted.  He did start giving me “nose kisses” and eventually an actual kiss!

Kash met a new playmate, Stella on day four and boy did he come out of his shell.  He jumped, played, romped and wagged his tail.  He also started coming out of his crate on his own. 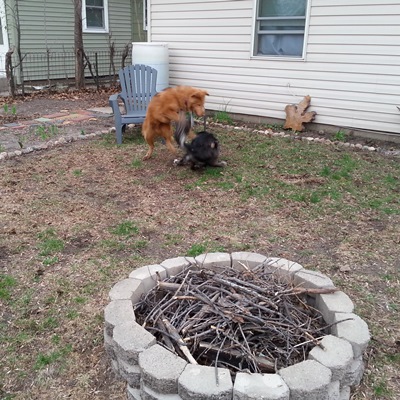 On days five and six he started approaching me in the yard and not running away when I spoke or looked at him.

On day seven we needed to get Kash vetted.  Another wonderful foster mom with RAGOM, Julie S and her resident dog came over to help me get Kash into the vet.  Wow what a process! Thank you SO much to Julie S!!!!! Kash was vetted, HW tested, up to date all shots etc. Kash was very nervous but he did very well.

On day 10, I decided that we could no longer wait for Kash’s first bath.  Boy did he ever need it.  We went to a self-serve dog bath and found staff so helpful.  Kash was lathered, rinsed, and lathered, rinsed and repeat.  After three washes he started smelling much better.  I think Kash was feeling better too.

This morning Kash walked right up to me, let me pet him and he leaned in for some good neck scratches. He actually wanted more!!!!

Tomorrow Kash will be neutered and will spend the night at the vet and will come home on Friday.

For Kash’s new family he will need the following requirements: