Welcome, Otis! Otis came from a loving home. He was surrendered after his primary owner passed away. They were best buddies. It is the family’s wish that Otis will find a loving home through RAGOM - “one where he can run, play and have someone that can spend more time with him because he's such a wonderful dog.”

Otis was born on 5/1/09 at a shelter in Sioux Falls and was adopted as a puppy. He was listed as a mix, but looks very much like a pure Golden. Otis is up to date on his shots and preventives. He is neutered, microchipped and weighs 90 lbs.

Otis is very well house trained and is used to having free roam of the home. He respects baby gates and hasn't been crated since he was 1 year old. Otis is not destructive, but can chew a toy to pieces! His toys are very durable, and he enjoys playing fetch with a ball. Otis likes to pick up all his toys and carry them in his mouth. He's been known to carry 10 at one time! Otis doesn’t guard with humans. A person can take away his food or treat, and he won’t bat an eyelash. If other dogs are nearby when he’s eating, he will growl to tell them to keep their distance.

Otis is a true gentleman on walks and when playing. He doesn't pull on the leash and willingly drops an item when told. He knows several other commands, too, including sit, down, shake, and no. Otis is accustomed to being on a tie-out. He knows exactly what to do when let out for a potty break. He does his business quickly and then comes back to the door. Otis has excellent recall when allowed to run loose.

Otis loves to play and sleep on the bed. When he is really excited or happy, he will prance around proudly and talk. He does this every night when he’s first allowed to hop on the bed. His talking can best be described as a high, playful growl. Other than talking, Otis is a quiet fellow. He has only barked twice since entering foster care, both times to give polite notice that he was ready to come inside from the deck.

Otis will pace or pant when he feels anxious, but settles down within a few minutes. He gets a little anxious at first when riding in a car and doesn’t like fireworks, fires, or camera flashes. When those things happen, he will lay by his human for comfort. Otis doesn’t have any issues with thunderstorms. Despite not liking flashes, Otis does just fine with no-flash pictures, as evidenced by all the great model poses he struck for his debut on RAGOM’s website!

Health
The vet in Sioux Falls diagnosed Otis with Cushings Disease at his regular wellness visit on 5/1/14. The vet prescribed Vetroyl (a capsule medicine) for Otis to take every morning with breakfast to maintain a normal level of cortisol in the body. However, at Otis’s follow-up visit to the vet in Minnesota on 5/16/14, the vet found that Otis’ cortisol levels were actually too low, meaning the medicine was overdoing it. At this point, Otis is off the Vetroyl and should have another follow-up visit to the vet in 1-2 months to check his levels again.

For more information in the ACTH stimulation test: http://www.vetsecure.com/ natomasamc.com/articles/211 . 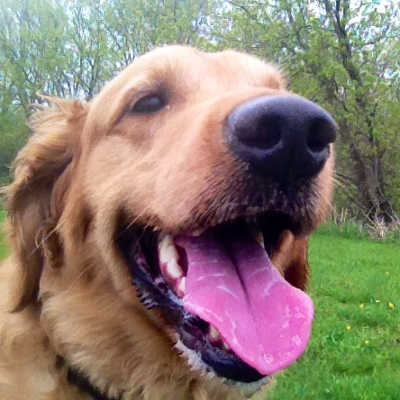 May 12, 2014
Otis arrived today! He settled in right away - such a loving boy. He was all smiles on his walks and had lots of fun playing with his favorite stuffed toy. He “talks” when he’s excited and rubs his body all over you in the friendliest way. 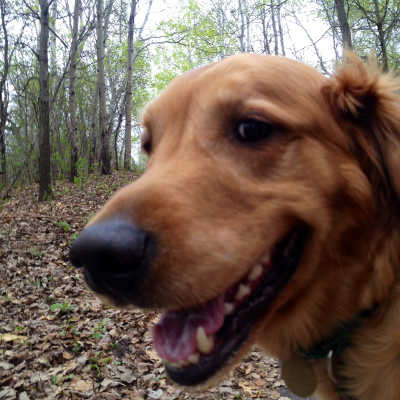 May 13, 2014
Otis was home alone during the workday for the first time in his new home and did great. The house was spotless, and he was waiting for Foster Mom at the door when she walked in. Otis loves his walks and behaves so well. He barely pays attention to squirrels or other dogs barking from their yards. He perks up like a puppy for playtime and then lazes at Foster Mom’s feet when it’s quiet time. Otis is definitely a go-with-the-flow sweetheart. 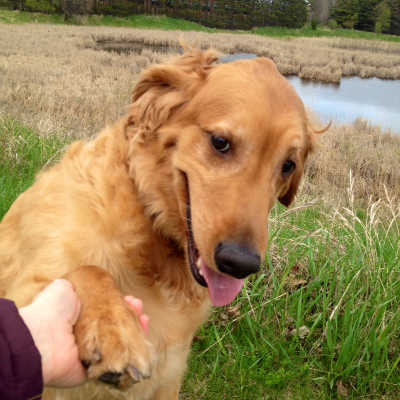 May 14, 2014
Otis has been in his new foster home for three days and has yet to bark once! He met some of Foster Mom’s friends and greeted them all with a friendly tail wag. He wanted to crawl into everyone’s laps and would happily do so when allowed, but then laid down like a good boy when he was told no. 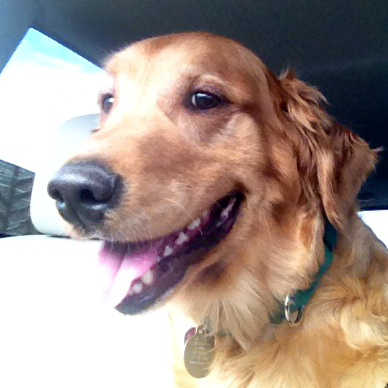 May 15, 2014
Today was a day of firsts. Otis went on his first car ride with Foster Mom. Boy, did he love it! He couldn’t wait to hop into the car. He panted at first and had a little trouble figuring out which seat to choose, and then rolled around in the backseat like it was the best thing ever! Otis also had his first playdate on Foster Mom’s watch. He and Charlie, a Black Lab, had slow introductions and then proceeded to romp all over yard. Here’s a photo of the two of them taking a breather after playtime.

May 16, 2014
Otis had his follow-up visit to the vet today. He had an ACTH stimulation test (details are in the Health section above) and a nail trim. Afterwards, Otis got to explore the trails at Browns Creek and had a great time checking out all the new smells! He interacted very nicely with all the other dogs he met along the trail. 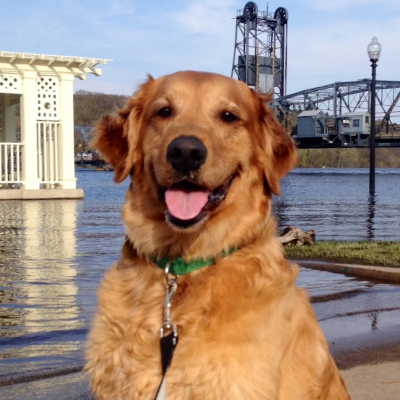 May 17, 2014
Otis had a wonderful time at Willow River State Park today! He waded in the river a bit, but didn’t go all the way in for a swim. Otis either ignored or happily greeted other park goers, both canine and human. Here he is with Foster Grandma soaking up the beautiful scenery along the trail. 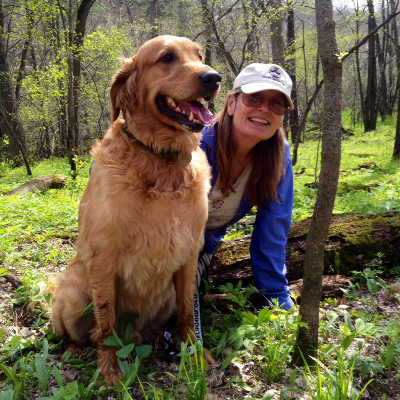 May 18, 2014
Otis shared his home with a 2-month-old baby all weekend and was a perfect gentleman. He didn’t even mind moving to the far back of the car so the baby could sit in his regular spot. Otis’ favorite new toy is a moose antler, which was sent to him by a generous RAGOM volunteer. Otis certainly does not have a shortage of fans! He seems to charm everyone he meets. 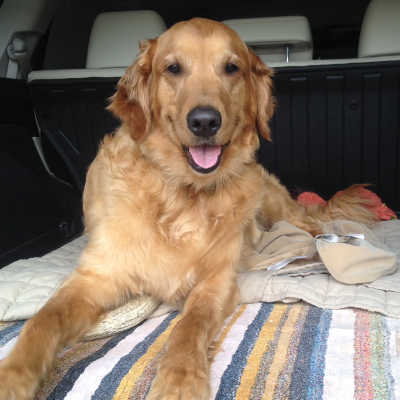 Stay tuned for more updates on Otis! If you think Otis might be the right dog for you, please contact your placement advisor.