Do you like the feeling of falling in love a million times a day? That is what life is like living with Rascal. Rascal became a member of the RAGOM family April 28, 2015. She is 2 years and 4 months old. Rascal is a Goldendoodle. (Golden Retriever/Poodle Mix) Her shedding is minimal. She passed her physical at the Vet with flying colors. She has no medical issues of any kind and the Vet was quite impressed with her pearly whites also. She is all UTD on her vaccines. Rascal weighs 56 pounds and the Vet said that is a perfect weight for her. Rascal was raised with her biological brother Buster. What Rascal has communicated with me is simply, “Hey, I know he’s family, but family can bring ya down sometimes. We’ve all experienced it. You love them but you just do better when you live apart.”

Rascal and Buster developed a dysfunctional relationship where Rascal was shy/timid and Buster was her protector. There are some experts who caution adopters requesting litter mates as this often results in a greater challenge. “There are a lot of red flags related to getting pups from the same batch. “

Rascal comments on that too.

“Hey, OK, yea, Buster and I got in a little trouble at the doggy daycare, guilty as charged. But we both took a plea. We were separated and we served our time in Doggy Attitude Adjustment Camp for about a month.

Now, I haven’t seen Buster, but I have heard great reports about him. He is free from having to protect me and I am very confident all on my own. Who would’ve guessed! There are some really smart dog people out there that perform miracles on us waywards.”

“So, when my sentence was up, my attitude adjusted, RAGOM found me a really nice foster that agreed to keep me while on probation until a furever family comes along. Transport arrived and they were compassionate people. Hey everyone has their lows in life right? Well, 30 days in the slammer can

reek havoc on a girls pretty coat. I didn’t know probation meant getting a haircut like a Marine. I was the shaggy hip looking sheep dog type. No shag left on me as the groomer said I was just too matted to do anything but cut it all off. Foster Mom says, it will grow and I shouldn’t focus on my looks as much as my behavior. I already love my foster Mom and I have been very compliant. I will let her bark out her side now.”

Rascal is the cutest, sweetest and most compliant houseguest. At only a little over 2 years in age, Rascal is really calm and found herself a spot in the house to go to relax right away. She can get excited, when we have been gone and return and does do some jumping up when she can’t hold her enthusiasm down, but with repeated training and maturing, this is something that can be corrected. Rascal has had full roam of the house.

Other than serving her time, she hadn’t ever been in a crate. She is fully potty trained and has had no accidents. She is very resilient. When she first arrived, her tail was between her legs, she was shaking and very scared. All it took was a couple treats and a couple walks outside and we were best friends very quickly.

We have met up with quite a few different dogs on our walks and at the vet and Rascal just doesn’t care too much about other dogs. She doesn’t get excited or try to meet them, but if they are friendly and approach her, she has greeted them all very nicely.

I have not heard Rascal bark yet at all, so she is a very quiet dog. She is a real love bug and a Velcro dog. She likes to be nearby at all times. She knows her name and responds well when called. For the most part she is a good walker. She doesn’t try to chase anything and other than some sniffing distractions, she walks nicely and likes to give your hand kisses to show thanks.

I think Rascal could fit into anyone’s home very easily, but would probably do best in a lower stimulated home environment and where someone is home with her a lot. I think she would be perfectly happy to be an only dog. I think she could adjust to living with another dog if that dog was mellow. Rascal is really as close to the perfect dog as any dog can come and it will be really hard to see her go. If Rascal sounds like a fit with your family, contact your placement advisor. 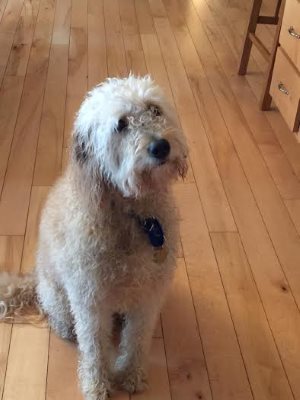 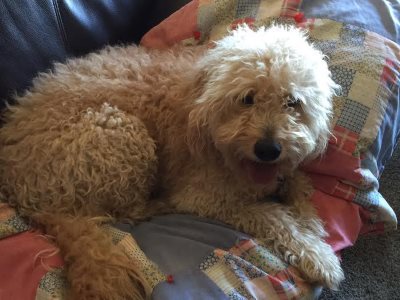 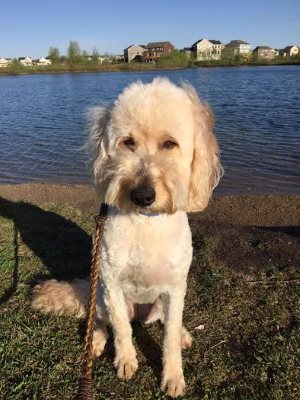 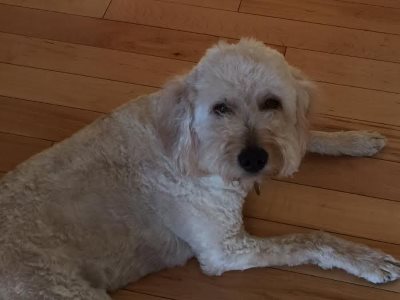 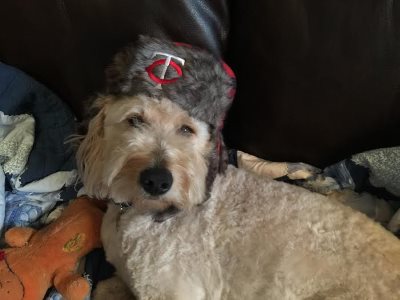