Remy has made it into RAGOMLAND.  He is a petite buff colored Golden-Doodle who was born on October 28th of 2014 so his 1st birthday was celebrated in his foster home.

Remy has been to the vet for his wellness check-up and has been brought up to date with his vaccinations.  He weighed in at 38 lbs. and is a skinny little thing.  He has been microchipped and his heartworm and fecal were negative.  Remy has not been neutered so we will get that scheduled as soon as possible but that will not stand in the way of any family interested in meeting him.

Remy has a very tight doodle perm with many knots and matts.  Remy was not willing to stand long enough for me to accomplish much grooming so this will be a work in progress to get his coat under control.

According to his surrendering family he has been exposed to children as young as 4 years, likes car rides, has free roam when the family is home, kenneled when they are not able to supervise him and kenneled at bedtime, nor did he show any resource guarding or anxieties in their home.

Remy has been in my home less than two weeks and he gets along with 2 large goldens and one smaller golden-doodle.  He understands dog speak and knows when his puppy activity is not longer tolerated by the one he is trying to interact with.  He is a typical puppy with an abundance of energy and still clumsy bumping and running into things especially his humans.  Remy has a lot of maturing to go through yet and requires guidance, patience, and definitely obedience classes.

If you are interested in Remy and a approved RAGOM adopter let your placement advisor know so we can set up a greet and meet or just a phone conversation. 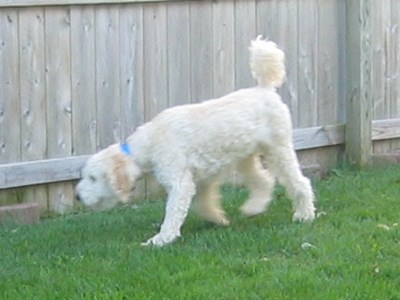 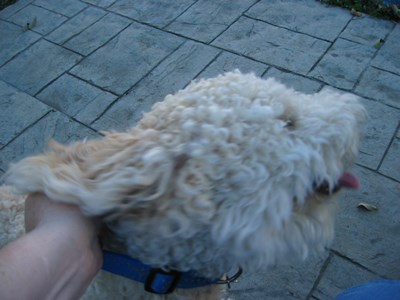