Rex is an 8-year-old male, purebred Golden Retriever, who came from Fairmont, Minnesota. He was surrendered due to his owner's financial and physical constraints to care for him, along with three other dogs.

Rex is neutered, up to date on vaccinations, is on heartworm preventative medication and Frontline. He has no history of serious health issues, but when he came into RAGOM, he was suffering from a double ear infection. Unfortunately, he is prone to getting ear infections. He had to have his ears flushed out and was prescribed medication. Rex was such a trooper for the ear flushing procedure, I think he knew that it would make him feel so much better. The medication the wonderful veterinarian put him on got everything under control and Rex is feeling a lot more comfortable these days. 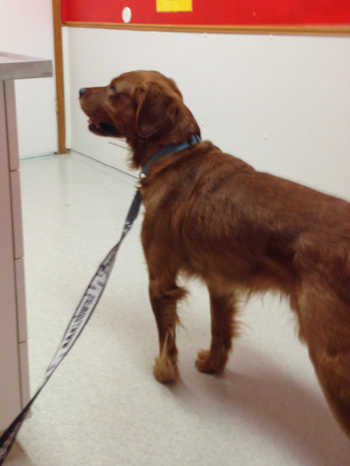 As seen in his picture, Rex’s coat is a beautiful red color and he looks wonderful for his age. He is at an ideal weight of 64 lbs; he is fit and very athletic. Also, he is very smart. He knows basic commands like, sit, stay, down, shake, and come. He normally is a very mellow guy, but when you say the words walk or car ride, he gets immediately excited and acts just like a puppy. Rex is not completely comfortable with being in a crate; a few attempts were made, but when he was in the crate, he became highly agitated/stressed and would whine constantly. Rex is now allowed to freely roam the house. He has yet to be destructive and, of course, is enjoying sleeping on the couch. 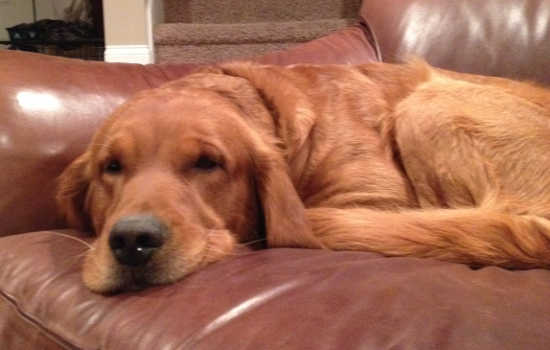 Getting know Rex has been such a pleasant adventure. He will be a wonderful addition to a family or an individual’s life. 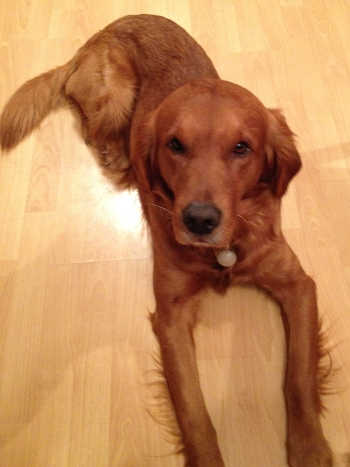