This sweet gentleman is Ricky! He is 8 years old, and at his vet visit yesterday he weighed in at 83 lbs. He came from a very loving home! His surrendering owner loved him very much, but just couldn’t keep him. We are very glad that he thought of RAGOM when it came time to find a new home for Ricky! He has only been with us a little over a week, and we already love the stuffings out of him!

He has settled in just wonderfully here with us. He gets along well with our resident dog, though they really ignore each other for the most part. Once in a while they will play, but for the most part they just like to hang out and enjoy each other’s company. He is very tolerant, and our Lucy has discovered that he makes a great step stool to help her up to the couch when he lays right at my feet! She climbs on him all the time, and he couldn’t care less. He does well with small dogs and cats too. Another dog would be optional for Ricky’s forever home. He would certainly be OK having a buddy to hang out with, but I think he would be fine with just his people too.

Ricky checked out with a pretty clean bill of health at his vet visit yesterday. He does have low thyroid levels, and he has been on medication for this for a long time. He takes 1 pill in his food with breakfast and with dinner, and this keeps it well controlled. He did have a double ear infection, but we are giving him ear drops to clear this up. He has some arthritis in his shoulders, ankles, hips and lower back, but it doesn’t seem to bother him too much, and this is pretty normal in a dog of his age and size. It sure doesn’t slow him down! He needs more exercise than you might think an 8 year old would! Ricky also has some lipomas, or fatty growths. This is also pretty common in older Goldens. Most are small, about the size of a dime or quarter, but he does have one large one on his right side, about the size of a softball. This is just cosmetic, and it doesn’t bother him at all. He did have one swollen lymph node, and one lump on the base of his tail that the vet wanted to check out further, so more to come on the results of those tests. He has kind of funky breath, but the vet said his teeth were in pretty good condition for a dog his age, and we will start brushing his teeth to see if we can freshen it up a bit.

We have found out that Ricky is quite the tennis ball freak, and LOVES to fetch! We were throwing balls for both him and our resident dog, and Ricky kept fetching BOTH balls and bringing them back! If there are multiple balls out, he will try to fit them all in his mouth. So far, he can only manage two at a time! At the vet, he even found their ball stash, in a closed container, and wouldn’t leave till they opened it and gave him one. They were kind enough to let him take it home with him. He loves to walk, and we have been doing around 3 miles a day. He walks pretty well on a leash, but does pull a little for the first mile or so. After that he calms down and walks by my side for the most part. He will cross in front of you to smell something interesting, so if you kind of have to keep an eye on him or you will trip over him like I did the other day!

I would prefer if Ricky had a fence at his forever home. He was allowed to go visiting around the neighborhood in his last home, so will wander off from an unfenced yard. He does have pretty good recall, but if there is something more interesting than you, he will turn off his ears and continue on his way. While out in the yard, I will call him to come in with me, but more than half time I have to physically go get him. He is also a barker while outside, so we are trying to work on that. He knows some simple commands (sit, down, sometimes stay, and he comes when called some of the time)

Let your placement advisor know if you would like to meet this sweet boy! 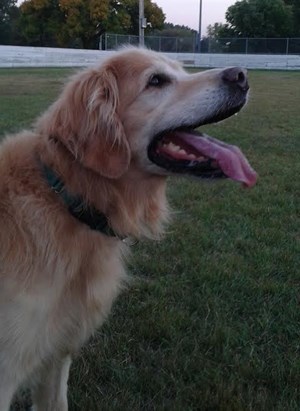 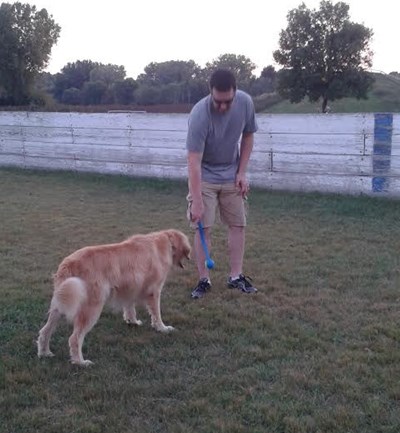 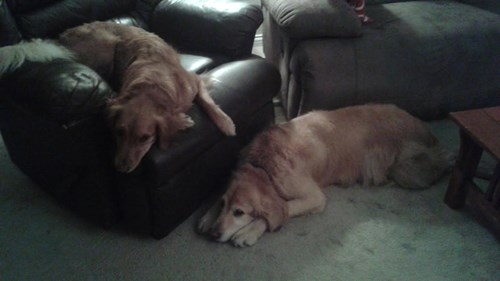 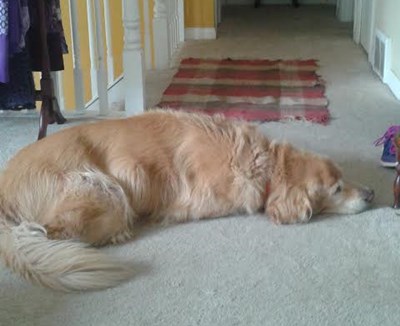