I would like to welcome Romer to RAGOM. Romer is a very handsome, happy pup that was found wandering in Iowa. He found his way to a family who contacted RAGOM to see if we could find him a loving home. Romer has been in foster care just a little over a week now, and I can tell you he LOVES being an inside doggie. Since arriving at our home, he had one accident on the first day and none since. I have also noticed that he will go to the door to let me know he wants to go outside. Once outside, he does good business. He has learned how to crate at night and while Foster Mom is at work. At first, he was a little confused, but he has adapted beautifully and now goes right in for his treat. He also eats breakfast and dinner in his crate. He has learned very quickly that only good things happen in his crate.

Romer is a young boy who has a goofy personality. He has barked twice in the last week: once to get his foster brother to play and another to get my attention. Other than a little whine to get his pets, he has been so quite. Romer is high-energy and young and would benefit from training/obedience class. I think he would knock a smaller child over in his excitement, and for that reason, I think if his new home has any children, it should be with older kids. Romer is very playful, and I know he would love to have another canine playmate. He does not resource-guard his toys or food from people or his foster fur brother. When my resident dog had enough of his playfulness and gave Romer a correction, he simply rolled over and just looked at his foster brother like he was a total bore.

Romer’s age is estimated to be around 12 to 18 months, so he does have some puppy behaviors and puppy energy. He is learning to walk on a leash and sometimes will grab the leash in his mouth to chew on. He loves the toy baskets we have around the house, and he has knocked each one over and scattered the toys throughout each room. When he is getting some one-on-one time with Foster Mom, he likes to lay on the ottoman in the living room. He will roll over and off the ottoman in his joy of being petted. He also thinks he may be a lap dog and tries every day to convince me of that. 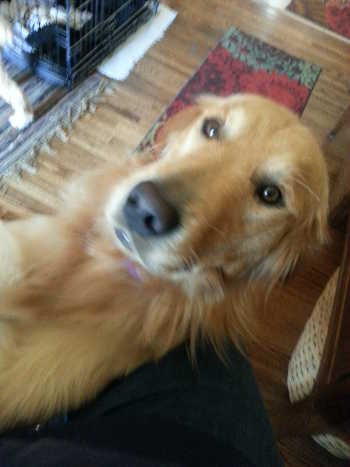 He has also learned, while on leash, the best way to get attention is to stop and sit. He does like to lean into my leg and get scratches on his chin. He is a ball of furry cuteness.

Since I don’t know Romer’s past/history, I have been reluctant to let him off the leash in my fenced backyard. Even though Romer is on the smaller size, I think he could jump my fence, so I have been keeping him on a lead for now. I think a fenced yard is best to keep him safe. He is learning about the limits of a tie-out, so that could be an option for him in his new home. Romer will also be cat-tested this weekend. It was reported by the family that called us that Romer likes to chase cats for play and that he does not hurt the cats. I will update his profile when I know more about that.

Romer was vetted on 10/19/16 and was given shots and tests, and was given a clean bill of health. His vet did recommend that he have booster shots in 4 weeks and another heartworm test is 6 months. Romer weighed in at 55.7 lbs. Romer is also a wonderful passenger in the car. He loves to stick his nose out the window and sniff the air, and sat in the back seat the whole way to the vet and then back home again. 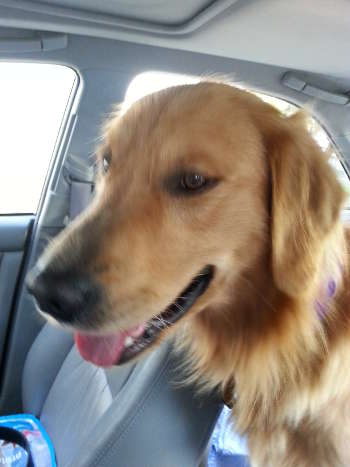 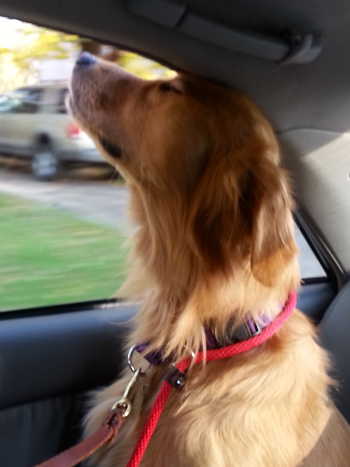 Romer will be getting his neuter and can go to his forever home after that. If you are interested in Romer, please let you placement person know. 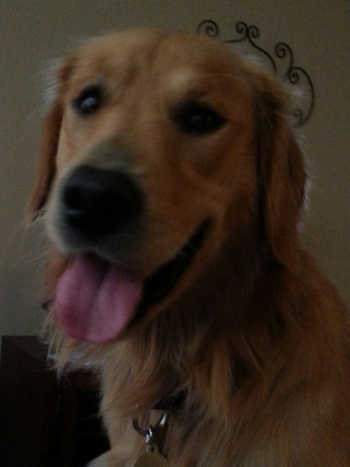