Rookie is a handsome Golden Retriever. He just turned 7 years young on April 8th. He was lovingly surrendered because his owner's job required traveling and his owner's son was going away for college. In his original home, he had been going  running off leash for 2-3 miles daily with his owner. He is house trained and has free roam. He rides great in the car. Rookie is a cuddler and enjoys playing fetch. We use 2 balls while we are working on "give" or "drop it". He knows "sit" & "lay down". He waits at the door for the OK to go outside & for his feet to be wiped when coming inside.

Rookie is very enthusiastic about getting treats. We are working on a more gentle way of taking the treats as he tends to be a gobbler. He does not beg for food when we eat nor is he a counter surfer. He doesn't chew on anything that isn't meant to be chewed.

Rookie is neutered and current on his vaccines. He weighed 52 pounds at his vet visit where he was microchipped. The vet said he looks great & his exam & blood work showed no problems.

Rookie has lived with another dog and is currently in a home with a puppy & cat which he gets along with very well. He ignores the cat & enjoys chasing & being chased around the yard by the puppy.

Overall, I'd describe him as calm & quiet. I have not heard a bark yet.

He would be a great addition to your family. 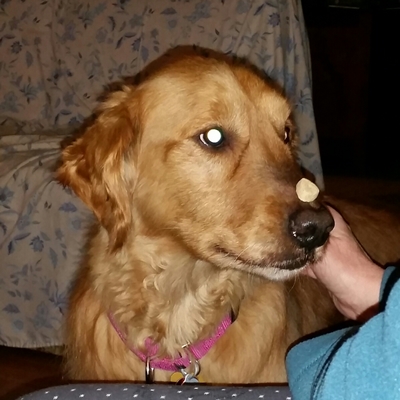 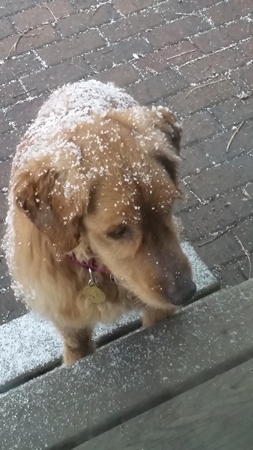 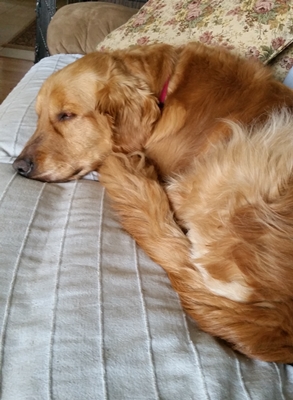