Sadie is a 10-month-old mix who came into RAGOM after being rescued by a bartender who noticed several drunk patrons attempting to lure her into the road to be hit by a car. She was a stray, but had obviously been cared for and loved by someone in her short life.

She is a wonderful pup who loves people and dogs. We don't have kids here, but she orients towards their voices and loves my young nephews when they visit. Of course, she has the typical puppy behaviors--chew everything including my TV remote, a book, bathroom rugs. Her life here became quite a bit more restricted after that! She was also a counter-surfer, but she never found anything worth surfing for, so has stopped that behavior. :)

Sadie walks beautifully on a flat collar side by side with my other RAGOM boy, Skye. He doesn't love her quite as much as she loves him, but I know he likes the company of another canine. Since we lost our beloved Fabio/Grizz 10-157 in February, he has been lonely. 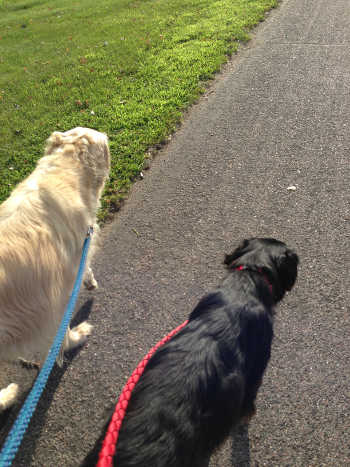 She has been here for three weeks now and has settled in. She won't be leaving! We adopted her today. 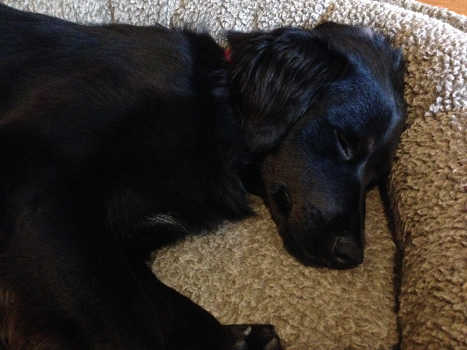