Jayne Bower
"Wishing the best of everything for Sage....from your Golden friends, Dustin and Meryl"

From early June through October 29th, Sage was a stray in northern Minnesota.  She and her companion, Zoe 15-275 were in survival mode, living on their own in the woods in the area and trying their best to stay alive.  Wonderful neighbors in the area saw them and began feeding them, however, they were too scared of humans to let anyone approach.  The Retrievers, an amazing group of volunteers who are dedicated to and experienced in capturing scared dogs, was called in and late afternoon on October 29th, Sage and Zoe's days of fighting for survival on their own ended when they were captured. 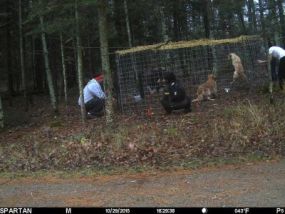 They didn't realize it, but this was the beginning of a Golden life for them.

Sage did fine her first night inside.  I think she was so exhausted that she just curled up in her kennel and slept for over 7 hours.  The next morning, I was greeted with a wagging tail, yet she was very apprehensive and scared of  us.  While we have no idea how such beautiful Golden girls became strays and what their history is, Sage does exhibit all of the typical characteristics of a dog that has received very little socialization in her young life.  She startles easily and is scared of every new noise, she is wary of people, and she does bolt to her safe spot when scared.  I also don't know that she had ever been in a house before - the hardwood floors and stairs were very new to her and she had trouble finding her footing - however she has not had one accident since she arrived.


The day after arriving, Sage and Zoe had a vet appointment.  Both girls were covered in ticks, dead fleas, and matts.  Not surprisingly, Sage tested positive for two tick-borne diseases, had a nasty double ear infection, and had worms.  What was surprising, however, was that besides these very treatable conditions, she was heart worm negative and really very healthy.  She is a very young girl - estimated to be about 2 1/2 years old - and has had at least one litter of puppies in her young life. 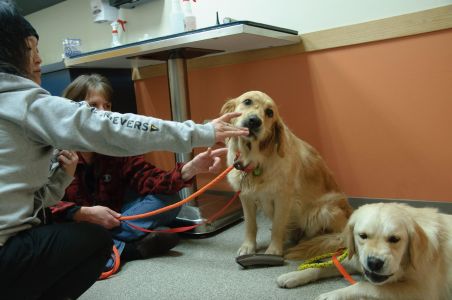 In the last week with us, Sage has been doing so well!  Her ears are now cleared, fleas and ticks are gone and she is on a course of medications for the tick-borne diseases.  She is getting braver with each day and really, really wants to be by her people - she loves to be petted and brushed.  While she loves being by me, she is still hesitant and is cautious and will bolt if I approach her and she doesn't see me coming.  Last night was a big step when she cautiously climbed up on the couch - she sat as far from me as she could at first, but then slowly scooted until her head was in my lap.  It was so sweet to watch her conquer her fear and once settled, she did not move. 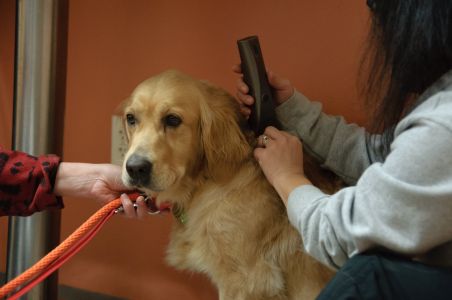 With patience and love, Sage will continue to grow.  She is such a sweet, beautiful girl and deserves only the best things in life!  Because of her background and fears, Sage will need a quiet home and absolutely needs to have another dog as she gains confidence from their presence and she learns from them.  At this point, I am also going to say that she must have a physical fence - absolutely no invisible fencing, only because the warning beeps would terrify her and could cause her to bolt. 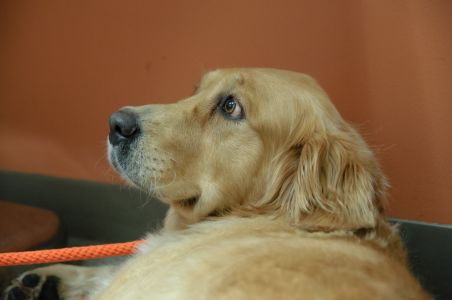 Sage is going to make her debut this weekend at the Shakopee meet and greet.  I don't know how long we will be there as I will have to see how she does, but I have a feeling, she may surprise us all.