Sammy, a male PB GR, age about 4.5 years was surrendered by a loving family with 2 young children and another dog after some life changes and the difficulty of providing him with enough exercise. He was originally adopted by them as a very thin stray at about 1 1/2 years of age. This whopping 90 lb beautiful boy entered the RAGOM family on September 28, 2013. He has been with his foster family now three weeks.

Sammy is current on all preventatives and vaccinations. He had both ears infected, but after two weeks of treatment, everything is normal now. We'll be irrigating his ears weekly to hopefully help prevent further infections. AND he has lost 2-3 pounds with the diet he's on, including some yummy green beans, and he's getting plenty of exercise. The vet suggested that he lose about 20 pounds. So that is indeed a challenge. Sammy loves his walks! He and FM walk about 2 miles almost every morning, and he has a shorter walk with FD in the late afternoon and various needed times otherwise. He has not had one accident in the house!!! We are so proud of him!

He came to us pretty timid of the countryside, afraid of frogs jumping and the waves in the lake, even the wind blowing the trees. Now he pounces on those frogs and gets into the water up to his belly anyway. He sure loves his baths and likes the brushing part too. Naps are numerous especially under the dining room table and computer table by FM or FD. One of his favorite spots to hide is behind FD's Lazy Boy chair way in the corner. Sammy sleeps on the floor in our bedroom, but hops up on our bed occasionally just to be close.

He is so gentle and eager to please. He doesn't counter surf or chew things inappropriately. He likes an occasional stick to chew, though. He knows many commands and will get so excited when he knows he's going for a walk or car ride. He rides easily, laying down and napping most of the time. Sammy loves his pets and back scratches, and licks your hand to show his thanks. He will come up and lay his head on your lap and just look at you with his intent eyes. He is stealing our hearts day by day. 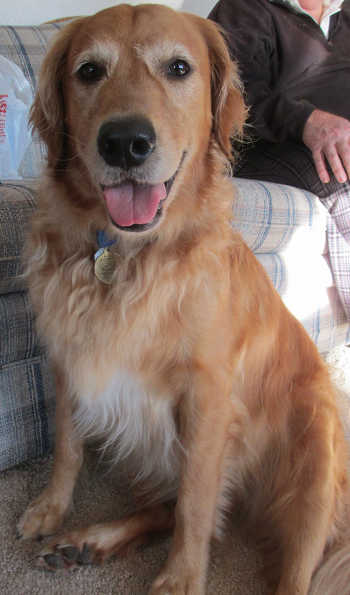 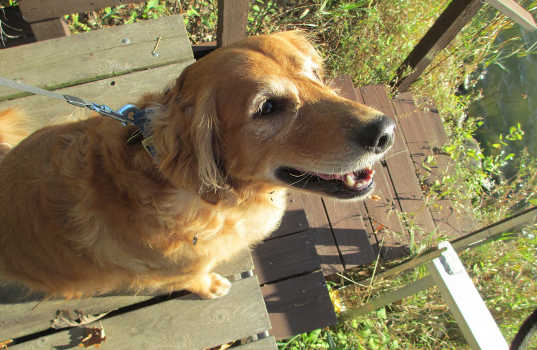 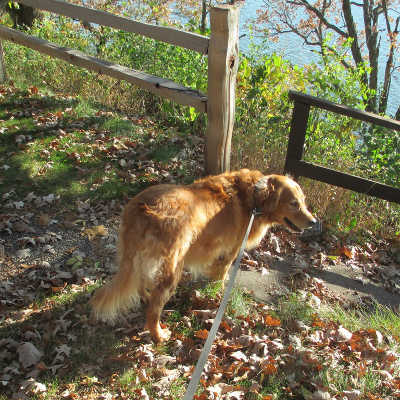 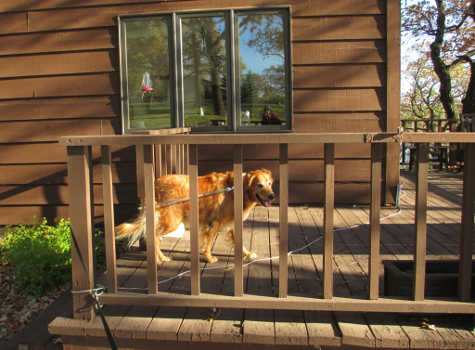