Welcome, Shady! Shady is a beautiful 2-year-old purebred Golden. He is up-to-date on vaccines, heartworm preventatives and Frontline. Shady weighed 72 lbs. at his last visit to the vet and is working on getting down to a healthy 65 lbs. He is not yet neutered, but is scheduled to have it done before leaving foster care for his forever home. 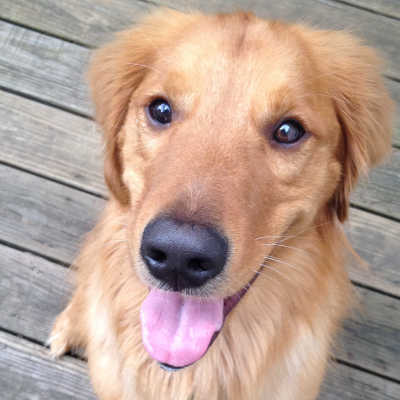 Shady entered foster care on July 7. He came to RAGOM because he was picked up as a stray in Rochester, MN. It’s clear Shady had a family at some point because he knows basic commands like sit and shake. He takes treats gently and is quite comfortable hopping up on the couch or bed! Shady is friendly towards men and women, but seems to warm up more quickly to men. 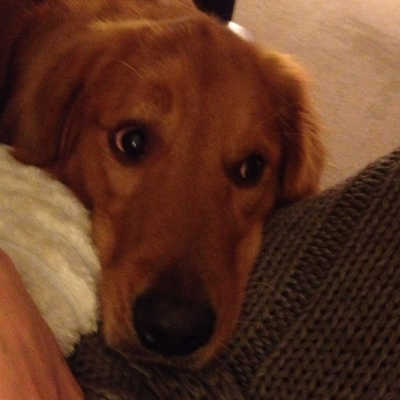 Because of Shady’s history, it’s important to be patient when establishing a bond of trust with him. It doesn't take long – Shady felt comfortable in his new foster home after one day. However, upon first arrival, he had an accident and bared his teeth when Foster Mom reached for his collar to attach the leash. Since then, he has not had any accidents and loves having his leash put on because it means it’s time for a walk! He’s even tried walking with a Gentle Leader, but isn't used to it yet. 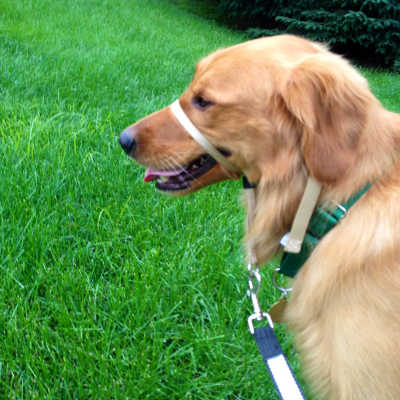 Shady’s favorite parts of the day are when he gets to be outside or go for a ride in the car. He walks fairly well, but gets excited and pulls if he sees a squirrel, bunny, or another dog. He barks when he passes by a dog in its yard. Shady would probably love a fenced-in yard so he could spend more time outside, but he does just fine without a fence at his foster home. He also loves to be groomed with the FURminator (he needs it because of his thick, beautiful coat!) and happily rolls on his back to have his belly brushed. 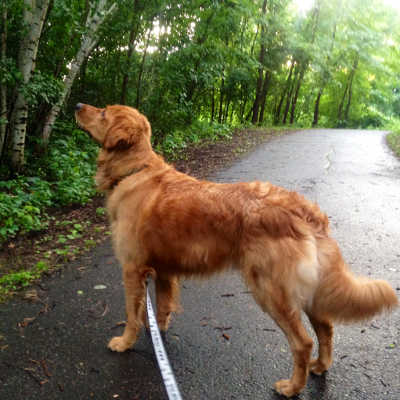 Shady enjoys being in his crate and prefers to sleep there at night. He is also crated during the workday. It may turn out Shady is fine having free roam when alone. On his first night in foster care, Shady happily went into his crate to play with his new favorite toy. Sometimes he whines or barks at first when the crate door closes, but it doesn't last more than a minute. 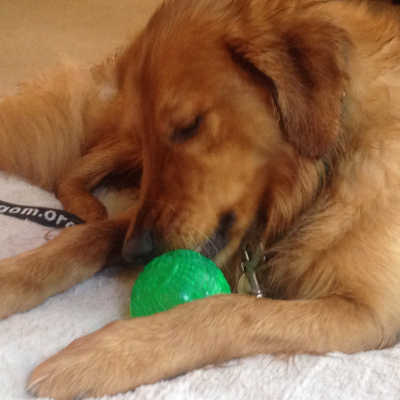 Shady is very food-motivated, which is great for his training. If he doesn't feel like doing something, a small treat is the perfect motivator. (Not too many treats – remember he’s on a diet!) So far, Shady has objected at times to going in his crate, getting down from the couch or bed, and changing direction on a walk to head home. Each time, he has responded well to an excited voice and a treat reward for doing what he’s told. 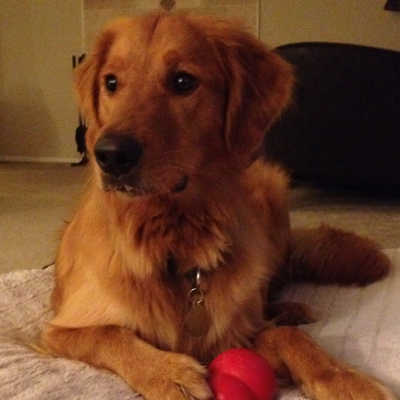 Treats were especially helpful at Shady’s visit to the vet for his wellness check since he can become quite anxious in the vet’s office. The vet put a muzzle on him to be safe, and he did great! Sometimes Shady will jump up on people when he is really excited and really likes someone. He’s working on staying down, sitting, and shaking instead to show his adoration. 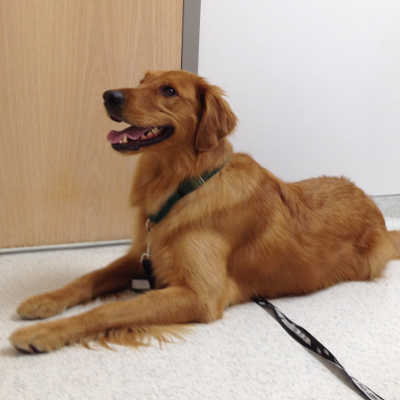 Shady was tested with other dogs while in boarding and seemed to get along with them well. He hasn't been tested around cats. Shady needs a home without children because of his unpredictable behavior before trust is established. Here he is meeting a new furry friend through the tennis court fence. 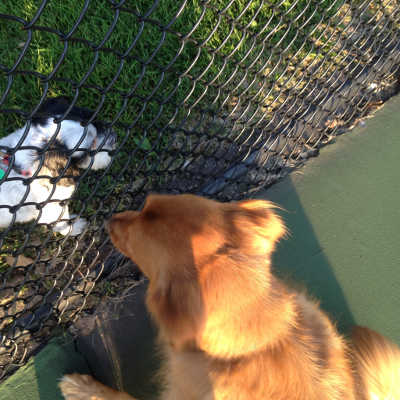 Stay tuned for more updates! If you would like to meet Shady, please contact your placement adviser.