Miss Willa has been at her foster home for 1 week now!  She is a breeding dog that came from the same auction in Missouri as several other dogs.  Since her puppies were so young, she had to stay there until they were old enough to travel.  Luckily, she is now in RAGOM's care, along with her 3 adorable puppies.  She is no longer nursing, so she will be spayed on 10/5 and will be ready to be adopted after that.  We can, of course, talk with interested families before then!

Willa is between 2-3 years old, a purebred Golden Retriever, heartworm negative, fecal negative, and has been vaccinated.  She does still need one more booster for her dhppc vaccine, which will be done when she is spayed in a few weeks.  She was not scanned for a microchip during her vet visit to verify that her number matches what is on the paperwork, so we will also do that when we take her back to the vet.  Our wonderful RAGOM vet found no health concerns with Willa.  Her skin looks great, her ears are clean, and she did great for the entire exam! 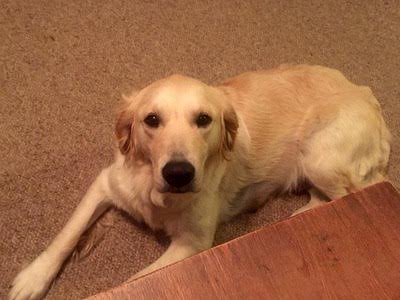 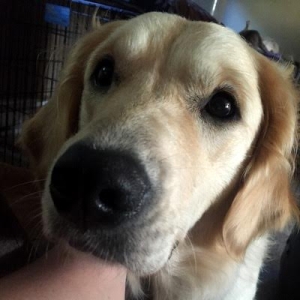 As you can tell from the pictures, Willa is a gorgeous light golden color.  She did well for her nail trim and paw pad trim, and was a little wiggly for her bath, but we were able to accomplish it without much fuss!  She has only had 1 pee accident this week, which is very good for a dog that lived outside previously!  Willa has met our 3 cats and she didn't care at all about them.  We have to laugh at her when she discovers certain things in a house that she probably hasn't seen before.  She will watch TV for hours!  Her favorites are animal documentaries. 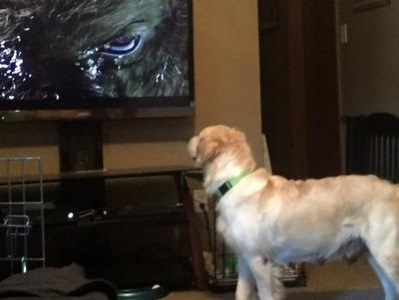 Normally dogs from breeders are not very social and can be skittish around people.  This is NOT the case with Willa!  She LOVES her humans and even tries to be a lap dog.  She wants to be where her humans are and has no fear of anyone in the house, women, men, or kids.  Because she does like to jump (we are working on this!) she would do best in a home with kids 8 and older.  Willa also loves to play with our dogs.  She understands that our senior foster, Lambo 16-135 did NOT want to play with her, so she knows to leave her alone.  She plays with our almost 2 year old Golden, Sully, frequently and they play until they are both exhausted, then they nap on the floor.  It is a requirement that Willa have another large dog in the home for her to model behavior after (this is a breeder requirement of RAGOMs).  Willa would very much prefer if that dog was one that liked to play!  Willa has also learned about how wonderful dog beds are!  She also loves toys and chewing on nylabones.  We do crate her at night and when we aren't home, just because she does have some puppy behaviors such as chewing and counter surfing that we are working on.  The first few days she was very hesitant to get in the crate, but now we just lead her in and she's pretty good about it.  We think she knows that she gets to come out soon and she won't have to live in the small crate anymore.  She hasn't chewed up the blanket in her crate and usually just naps in there until we let her out. 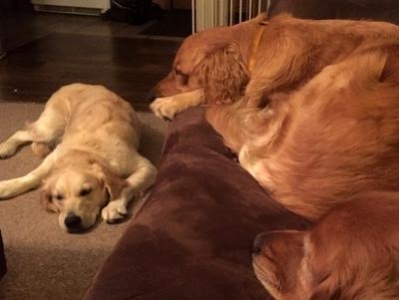 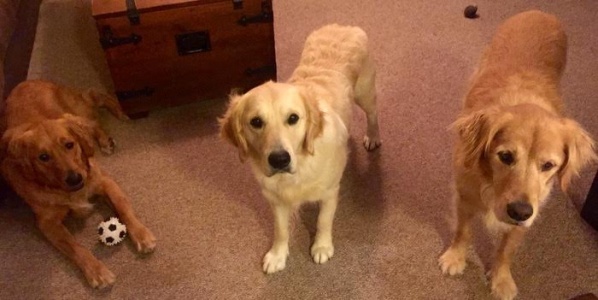 Willa would greatly benefit from obedience training.  Think of her as a puppy in a full grown dog's body.  She has quickly learned sit and we are working very diligently on her not jumping up, which she is getting better at.  She is usually just so excited to see us that she wants to let us know!  She also comes when we call or whistle.  At this time, we are preferring a physical fence for Willa, but depending on the situation, that isn't set in stone.  She does get quite nervous on a leash still, so we have slowly been introducing her to the leash and going for short walks.  This will improve in time.  With these breeder dogs, we need to remember that they haven't had a lot of exposure to the outside world so a lot of things are new to them.

If you are interested in learning more or meeting our beautiful and sweet Willa, please contact your placement advisor!  You don't want to miss out on this wonderful girl!  She is a very nice, loving, social, playful girl, and she will make an amazing family member for some lucky family! 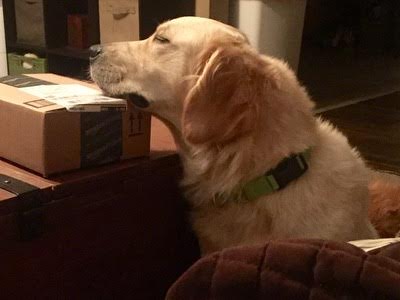