Zeus is a very sweet and playful 8-10 month old purebred golden. He has already had a few different homes in his short life so we are very happy he is now a RAGOM dog and on his way to finding his forever home! Zeus is a little on the smaller side right now, he weighed in at about 44 pounds but he is still growing. He has no health problems other than a couple small hot spots the vet thought were probably from him biting at ticks. They are already healing and he hasn’t tried to bother them at all since he has been here. He is already neutered and potty trained. He will go to the door if he needs to go out. Zeus loves people, he especially loves to cuddle and give kisses! He is definitely accustomed to being allowed on the furniture, the couch is his favorite place to curl up and take a nap. He is still learning the proper way to get on and off the furniture; his first day here we were walking him behind the couch and he promptly leapt up over the back of the couch onto it! He thinks end tables and coffee tables are fair game as well to be jumped on or over. We are working on teaching him to be more respectful of the furniture and he has already gotten much better in the week he has been here. He doesn’t know many commands other than ‘sit’, but he is very smart and is picking up ‘stay’ and ‘down’. He does have some puppy behaviors such as jumping up and puppy mouthing when he gets over excited but we are working on that as well.

Zeus gets along with other dogs, he and our resident, Leinie, play non-stop all day, every day. They are very entertaining to watch! He does require slow introductions though, we think maybe he was bullied by another dog so he tries to act like a tough guy barking at them and being a little growly. We just took him around the block with Leinie walking behind him and let them meet after they had gotten used to being around each other for a little while. There were no problems; Zeus definitely seems to be all bark and no bite. He has shown zero resource guarding with us or Leinie. He did act a little jealous for the first couple of days but that has completely disappeared now.

Overall Zeus is very well behaved for a younger puppy, he shops in the toy box and doesn’t get into anything he shouldn’t, but we do keep the door closed to our closet so he doesn’t have a chance to get into any socks or other laundry. He loves just being near us and will lie in the kitchen and nap while we are cooking. He is fine being crated for a full work day. He doesn’t love going into the crate but with some treats for a bribe he will eventually go in and just lies down to sleep. He does pull quite a bit on walks with the martingale collar so we are going to try out the Gentle Leader and see how that works.

For Zeus’s forever home he needs to have consistency and just some more training! He really wants to please and is a very fast learner. He would love a fenced in yard to run around in but would be okay without as long as he was on a leash or tie out; he has selective listening when he is outside and a high prey drive so doesn’t always come when called. Zeus was cat-tested and did alright; he could probably live with a dog-savvy cat but would most likely chase one if it ran. We think Zeus would be fine with kids 8 and up. He could live with or without another dog; he definitely loves to play though and is learning a lot of behaviors from Leinie so another playful, easy-going and confident dog would be best. 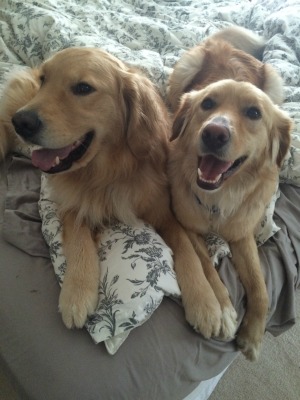 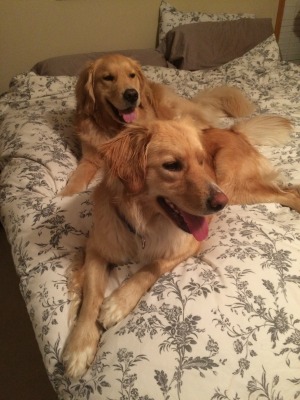 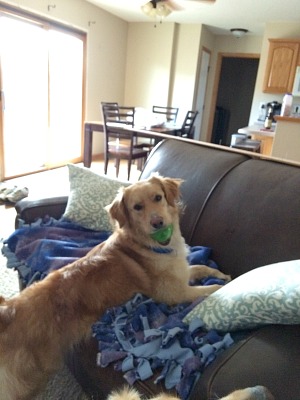 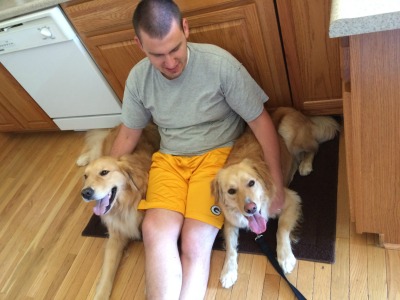